The wildcat (Felis silvestris) can be found from Great Britain to Caucasus. In Western Europe, the its habitat today is very limited and fragmented. The main area of ​​distribution of the species is related to Central and Southeast Europe - mainly the Carpathians and the Balkans, but also the Caucasus and Asia Minor. 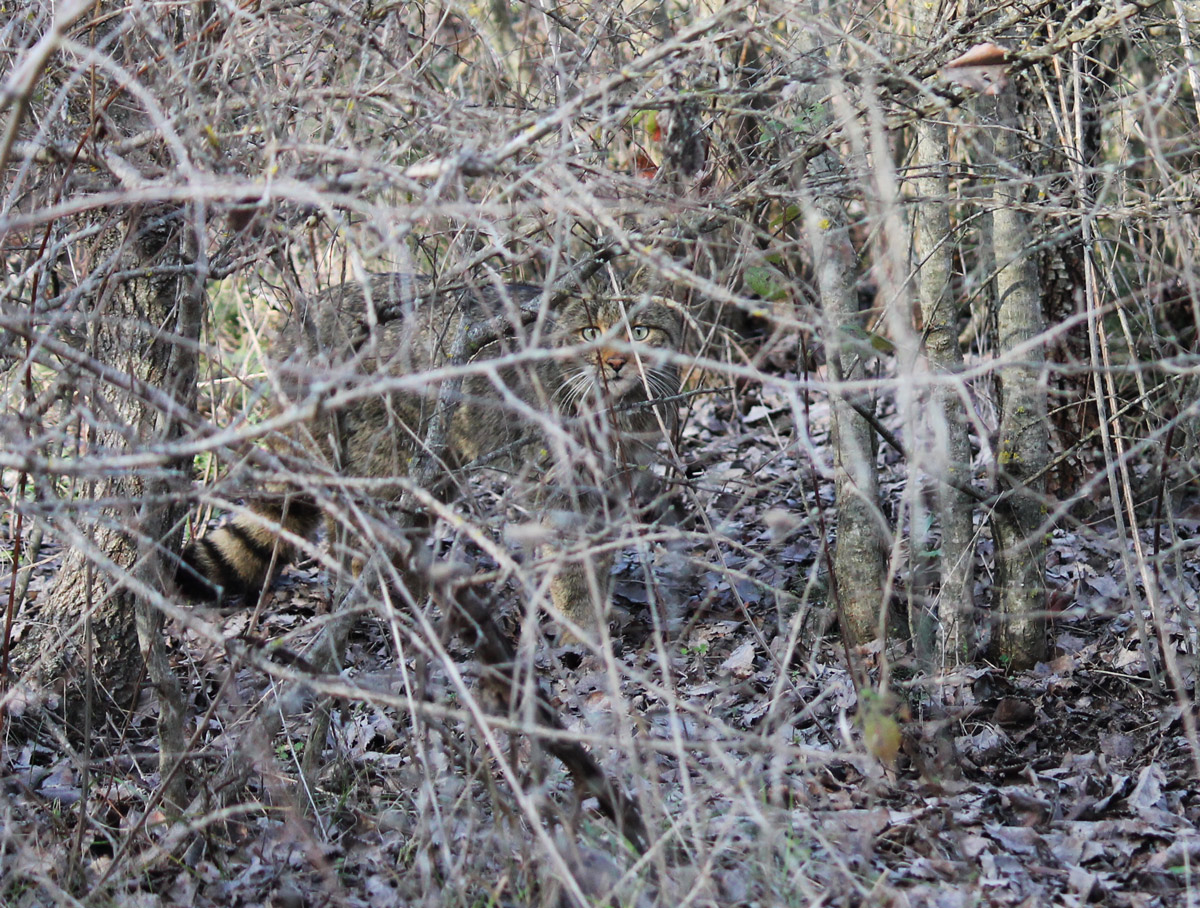 In appearance, the wild cat resembles "tiger" coloured domestic cats, but is more massive. The body length in Eastern and Southeast Europe - the Carpathians and Bulgaria, is 51-78 cm in males and 47-69 cm in females. The coat color varies from gray to yellowish brown, with darker stripes. The tail is rough, evenly thick along its length, with a dull peak and clearly defined black rings.
In our country the wild cat is spread all over the country, from the sea to the high parts of the mountains. The density is highest in lowland and hilly forest areas. It prefers high-stemmed old forests with hollow trees and rocky places. A characteristic biotope is also the scrub and the alternating forest and semi-open spaces. In many areas, however, where such habitats are missing - the species inhabits a variety of other biotopes. Its living space most common is selected in the hollows of fallen trunks, in rocky slots, among thick bushes, in old holes of badgers. The lair is covered with grass, fur or bird feathers. The wildcat hunts mainly on the ground, but climbs well. The species is mostly active in the dark, as well as early in the morning and at dusk. it has a well-developed vision, the hearing is excellent, and the sense of smell is good.
The main part of the cat's diet take up the mice, the field and other small rodents up to the size of the rabbit, as well as the birds.
Negative factors affecting the population size of the species are both lure hunting and road accidents (car hit), as well as hybridization (crossing) of the species with wandering domestic cats. Today even the main threat is hybridization, as it threatens the genetic purity of the wild cat population, both in Bulgaria and all over Europe.
In Bulgaria the wild cat is protected by the Biodiversity Act and by a number of conventions. It is included in the Red Book of Bulgaria as an endangered species.