The plant was first described by Francesco Antonio Sebastiani in his opus Romanorum plantarum fasciculus primus (1813) as Orchis romana. In 1962, the Hungarian botanist Caroli Resso Soo von Bere identified it as Dactylorhiza romana.

The genus Dactylorhiza is difficult to work with and to determine. For Europe, various authors include in the genus 70 to 236 species, subspecies and variations. Between 2005 and 2010, 16 new species were described.

The Roman Dactylorhiza is one of the earliest flowering orchids in Bulgaria. It is a low plant with a height of 15-35 cm. From a basic rosette grow 3-9 pale green, unopened leaves. The plant develops a cylindrical to conical inflorescence with medium-sized flowers with bracts. The bracts are green, slightly longer than the flowers. The central sepal forms a helmet with the petals. The lateral sepals face up and point forward. The lip is tripartite, one-colored without spots, in a more intense color than the petals. The spur is long, cylindrical, curved upwards in an arc. It accumulates nectar that attracts pollinating insects, mainly terrestrial bees of the genus Bombus. The Roman Dactylorhiza blooms with white, yellow and red and all their diversities can be present in the same population. Any variations between these colors are also common.

The Roman Dactylorhiza is a warm-loving plant and prefers sunny to moderately shady habitats, dry to slightly moist shrubs and rare forests. It is distributed in the Central and Eastern Mediterranean, east to Syria. In Bulgaria it is widespread up to 500 m above sea level, in the warmer lowland and mostly eastern parts of the country, forming different densely populated populations. It blooms from April to June and can be found in the Mediterranean in March. 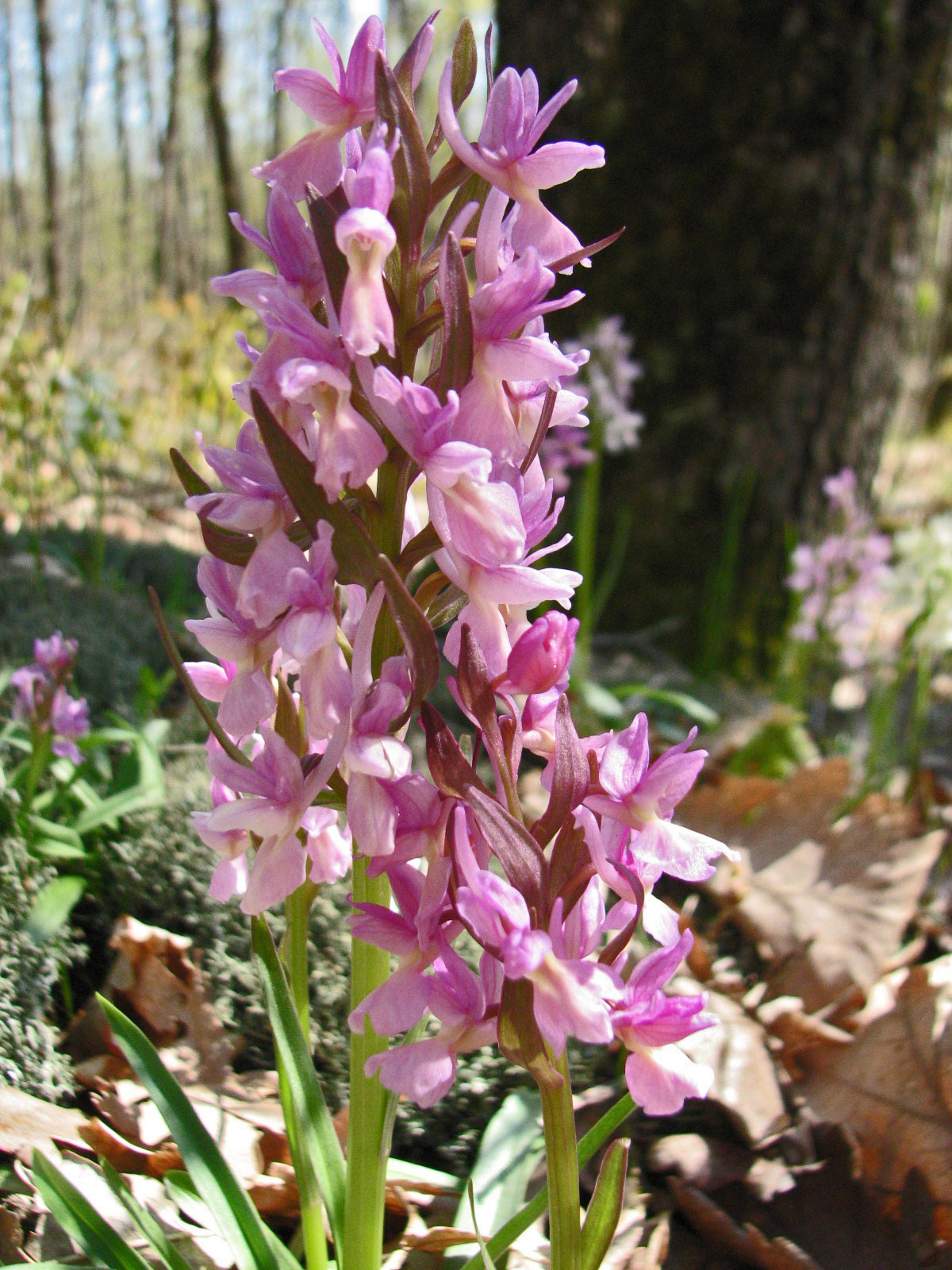 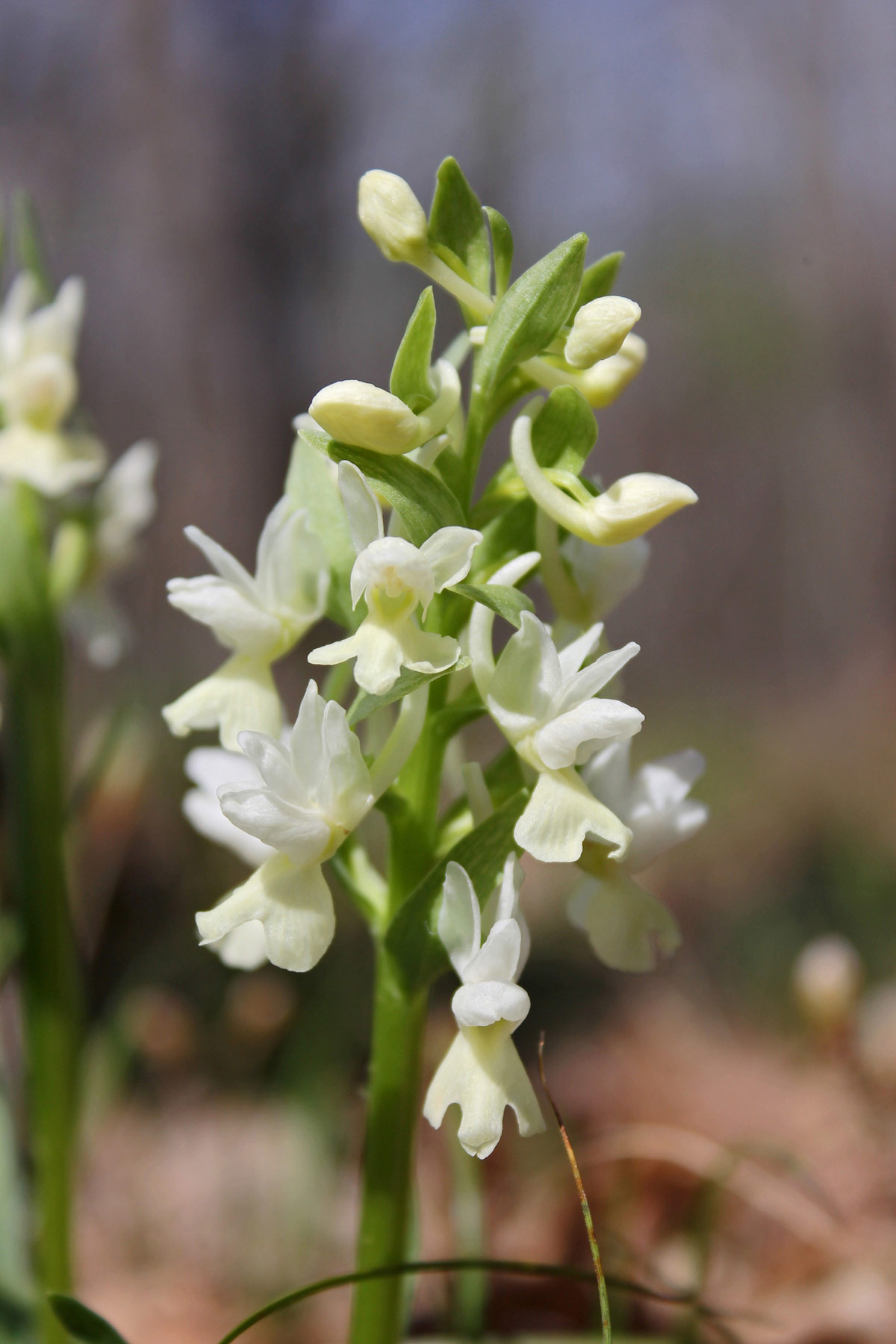 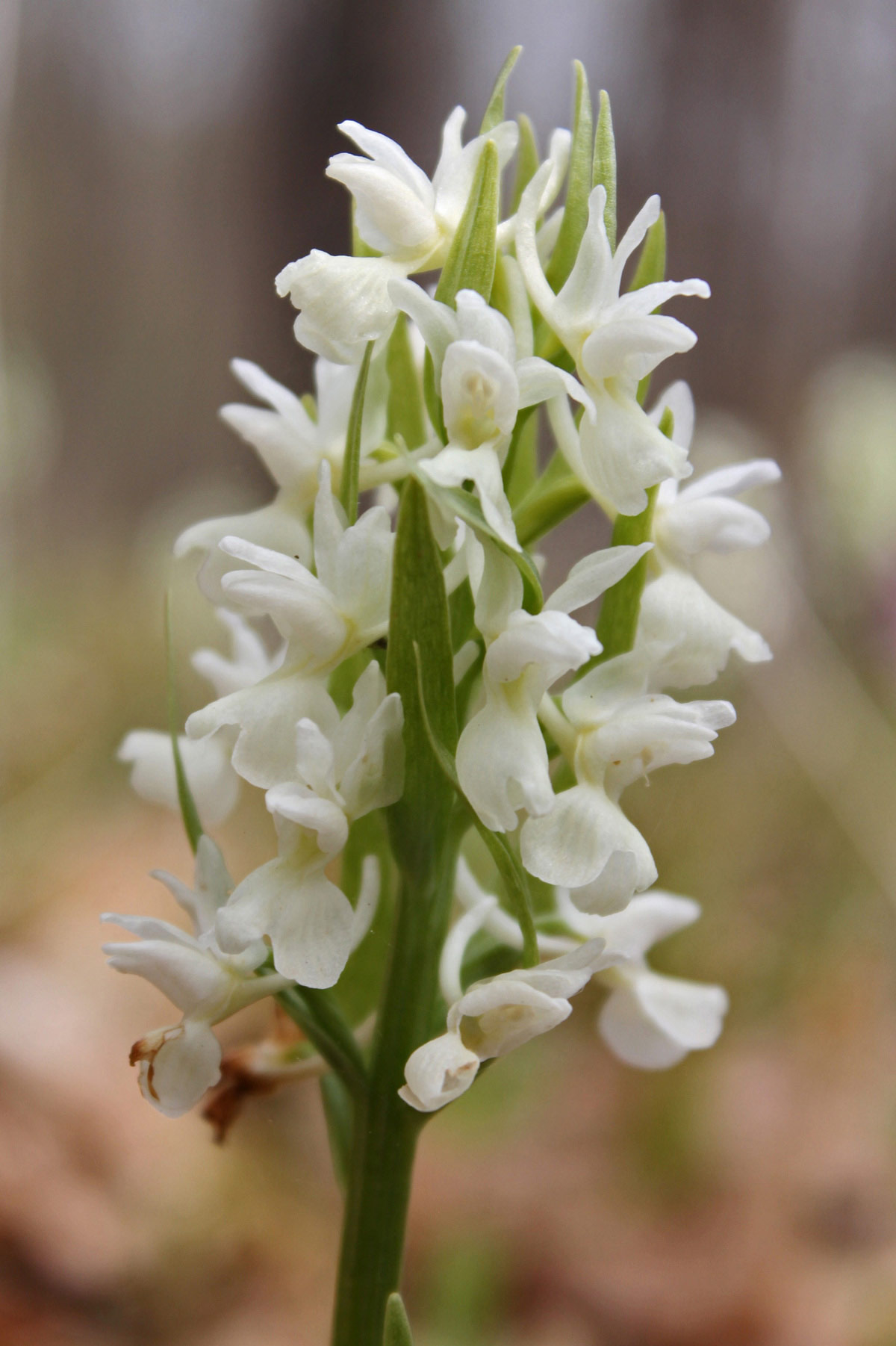 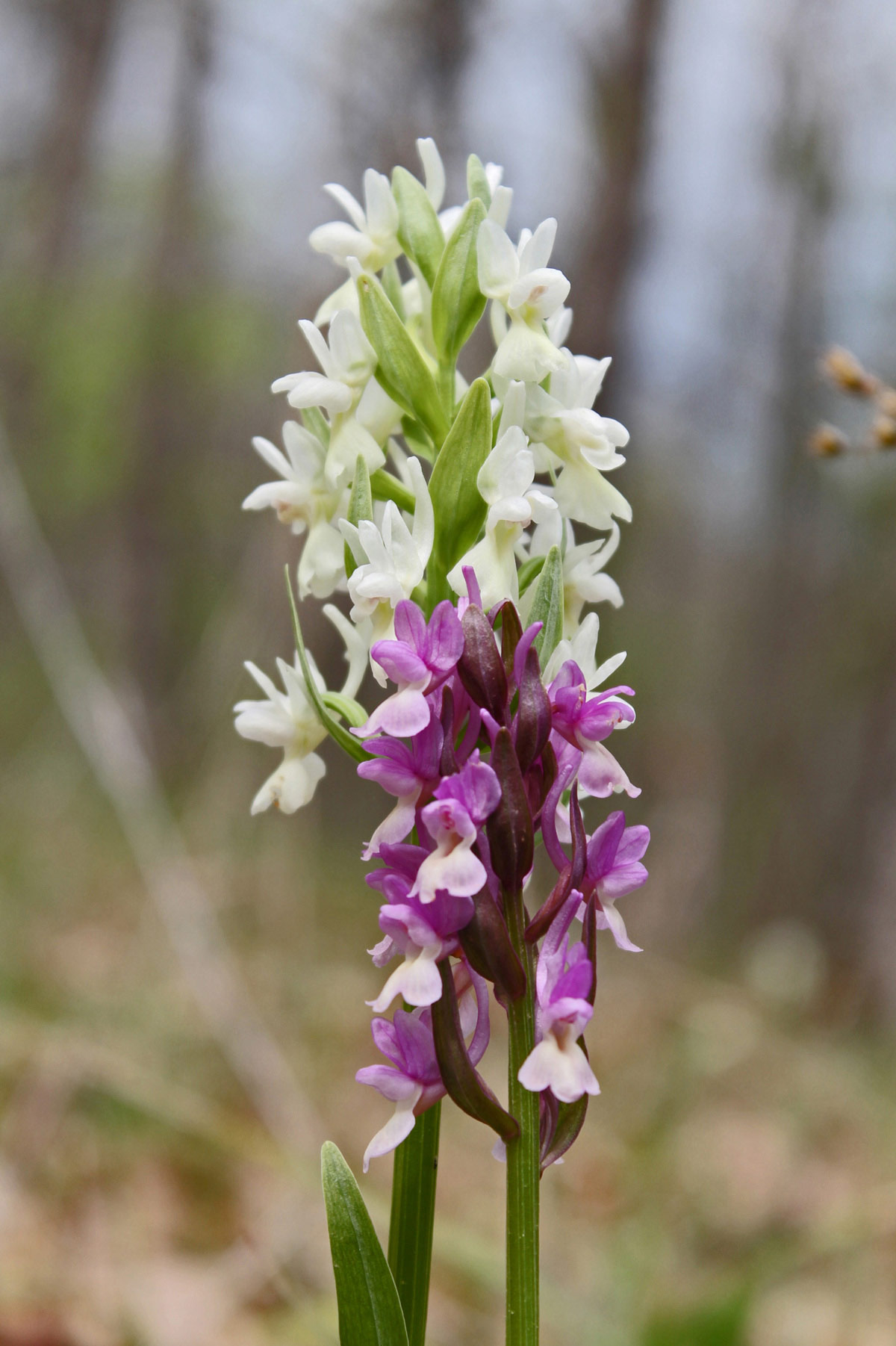 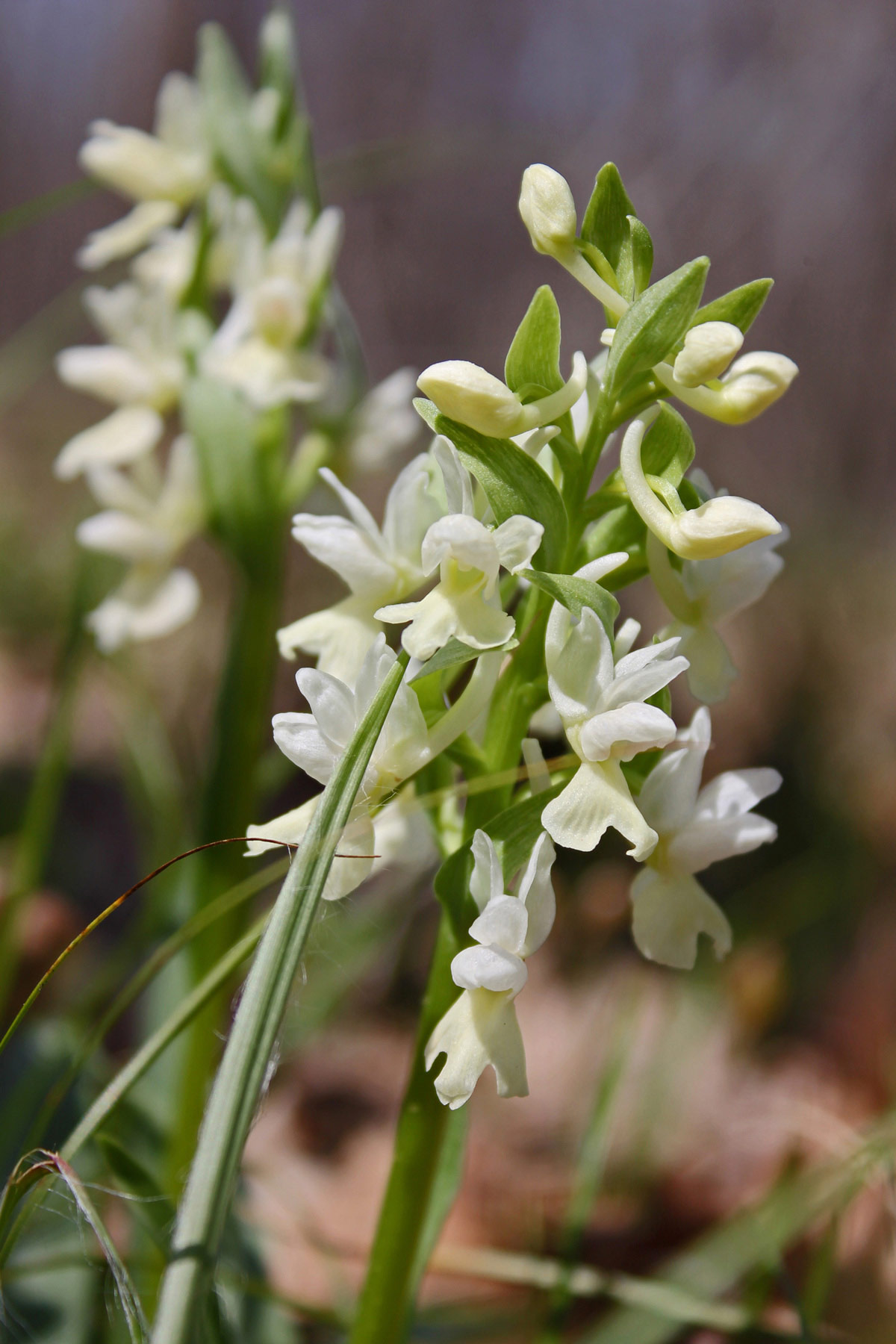 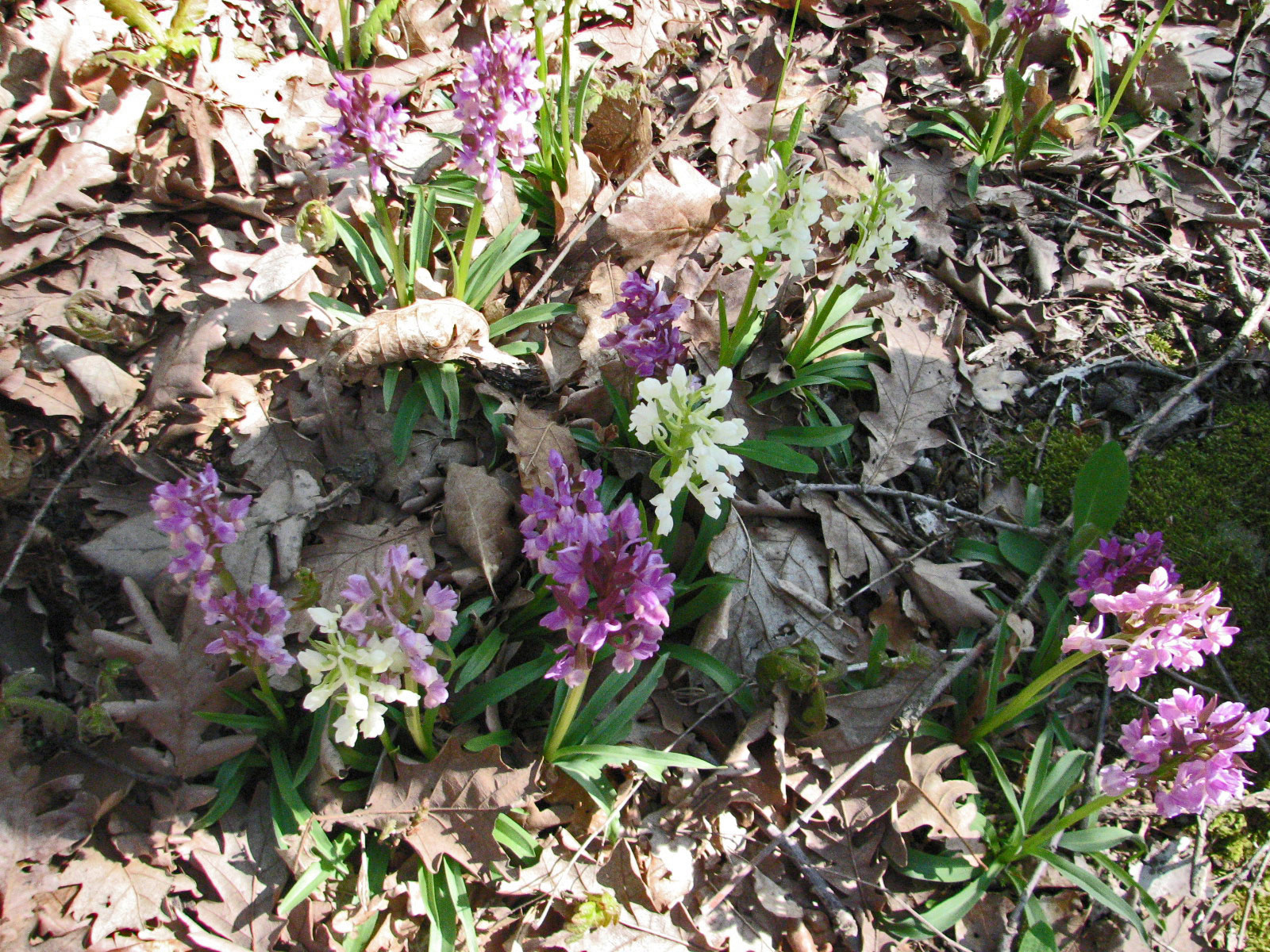 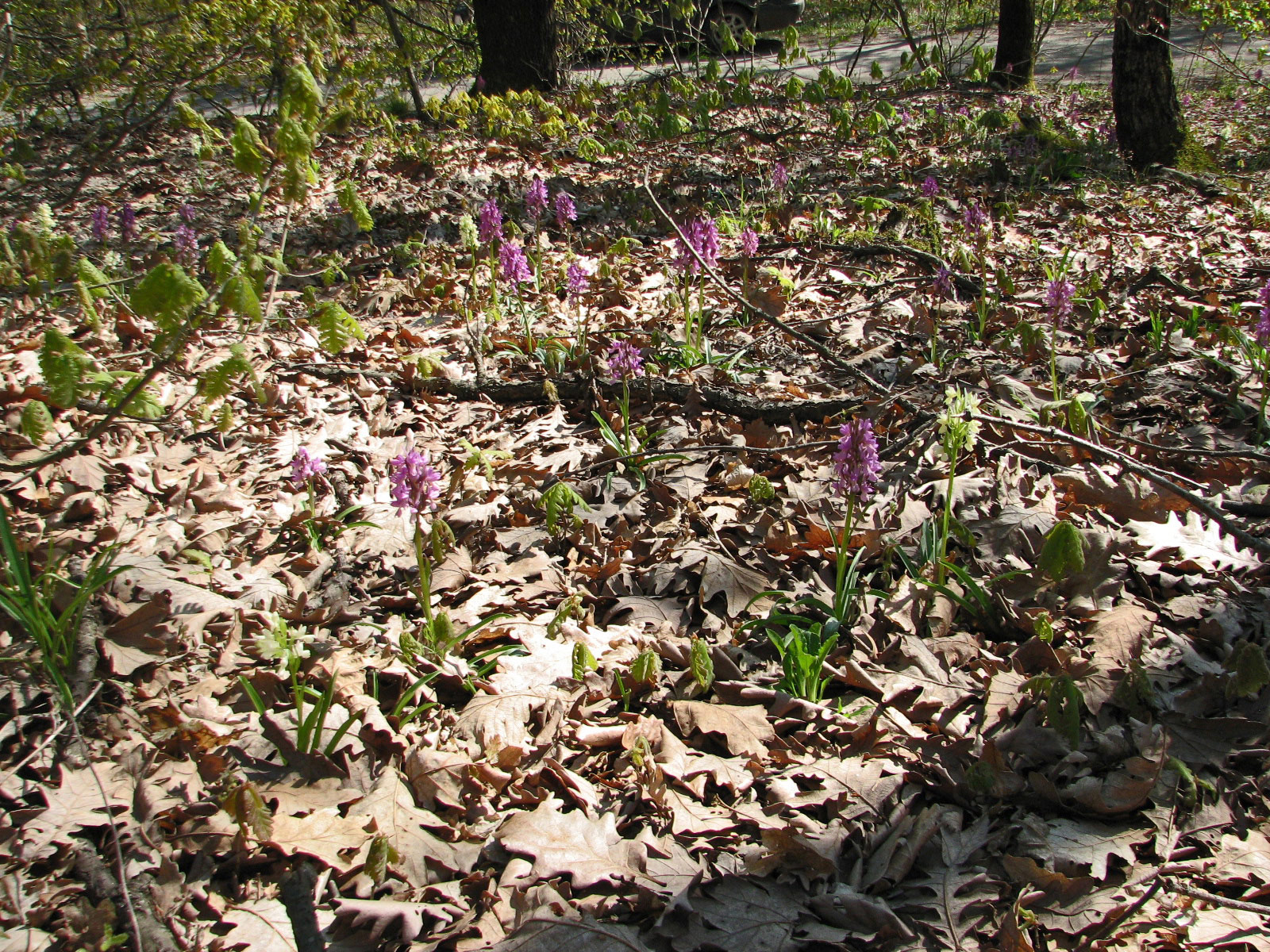