The problem of alien species invasion is not new to ecology. Black Sea is a basin with low salinity, which causes reduced biodiversity and low resistivity to invasion of foreign organisms. Transmitted accidentally, they thrive in the local conditions, as they have no natural enemies to limit their populations. The transfer of alien species succeed most often by ships ballast water or their adhering to the hull. In this way they travel great distances and disperse far from their natural habitat. They themselves have broad ecological plasticity, adapt easy and multiply quickly. Such new species threaten the natives by taking over their habitats.

<module="photo" id="2004" maxwidth="200" maxheight="200">
In 1997, a new foreign species was recorded on the northern Black Sea coast of Caucasus. Two months later, in October, it was spotted at the Bulgarian coast near Shabla.
This is Beroe ovata - a representative of the genus Ctenophora (commonly known as comb jellies). These are single, free-living marine organisms with transparent body, planktonic species. Their body grows to 16 cm, has cylindrical shape and like the jellyfish is made of two layers of cells (ecto and endoderm). Between these layers there is non-cellular (non-living) tissue called Mesoglea. Unlike other comb jellies it is coloured in pale pink-yellow. The main organs of locomotion are eight longitudinal rows of cilia, which form the "combs" and gave the name of the species. They beat synchronously in the water and act like oars. Beroe ovata prefers warm, calm waters, during wind waves sink deep. The species move in groups. At night they emit bright cold light due to the absorbed luminous bacteria.

<module="photo" id="2009" maxwidth="480" maxheight="400">
In the Black Sea Beroe ovata is transferred over from the Atlantic coast. It feeds on other Ctenophora, including Mnemiopsis leidyi (commonly named warty comb jelly or sea walnut) - another invasive species from the comp jellies, which came into the Black Sea in the early 80s of the last century. The more food there is, the individuals become more and larger. Today, the mass propagation of Beroe ovata coincides with the end of summer, when the biomass of Mnemiopsis leidyi reaches its maximum. 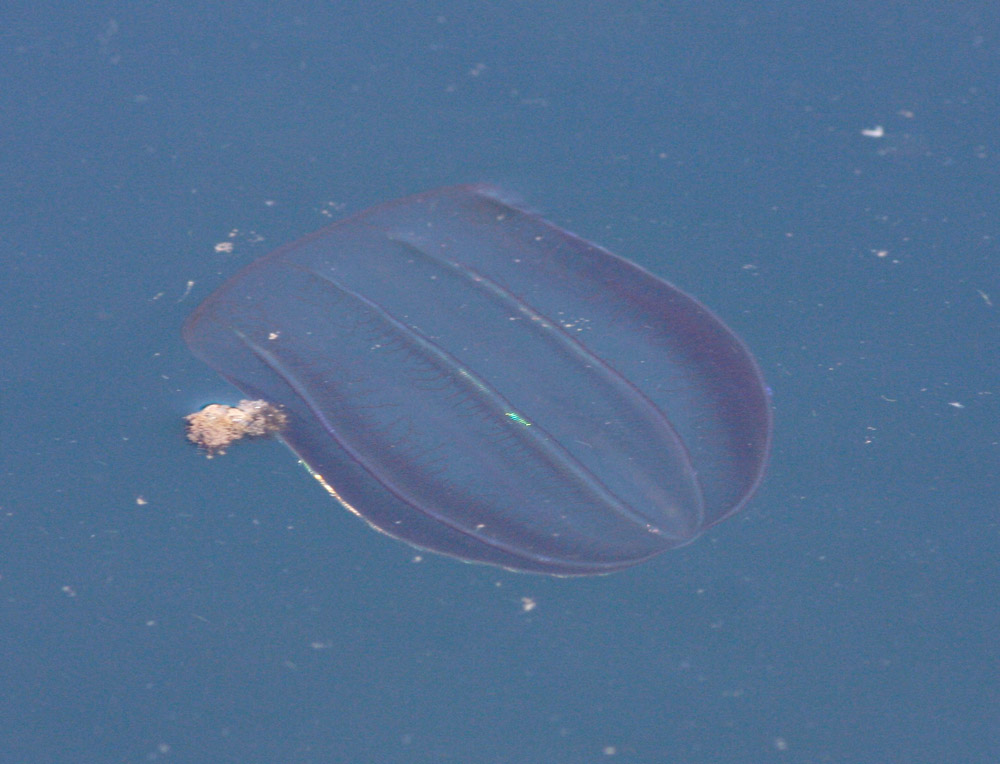 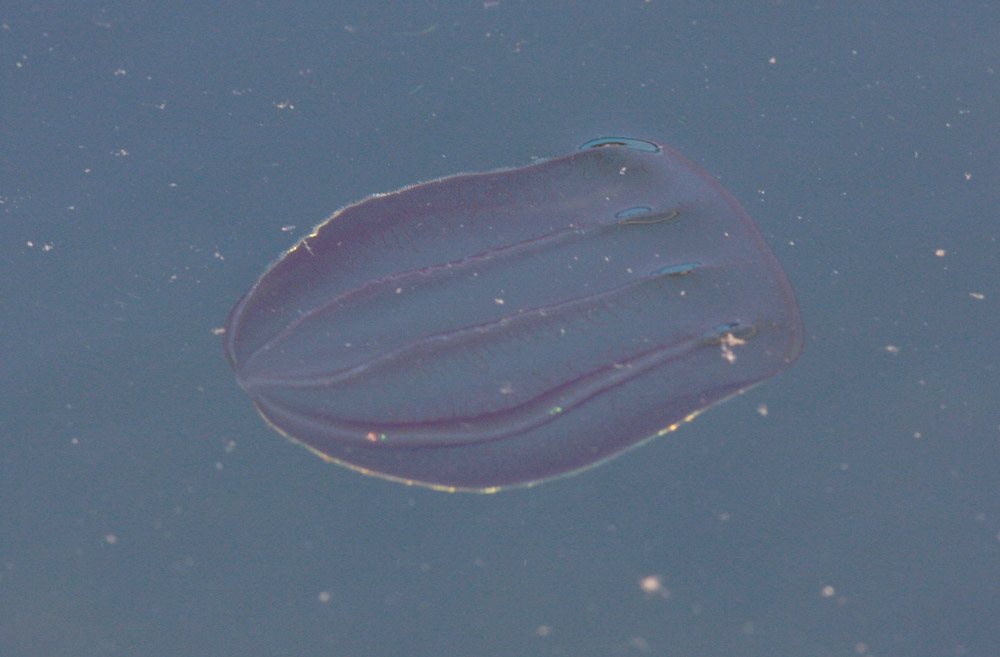 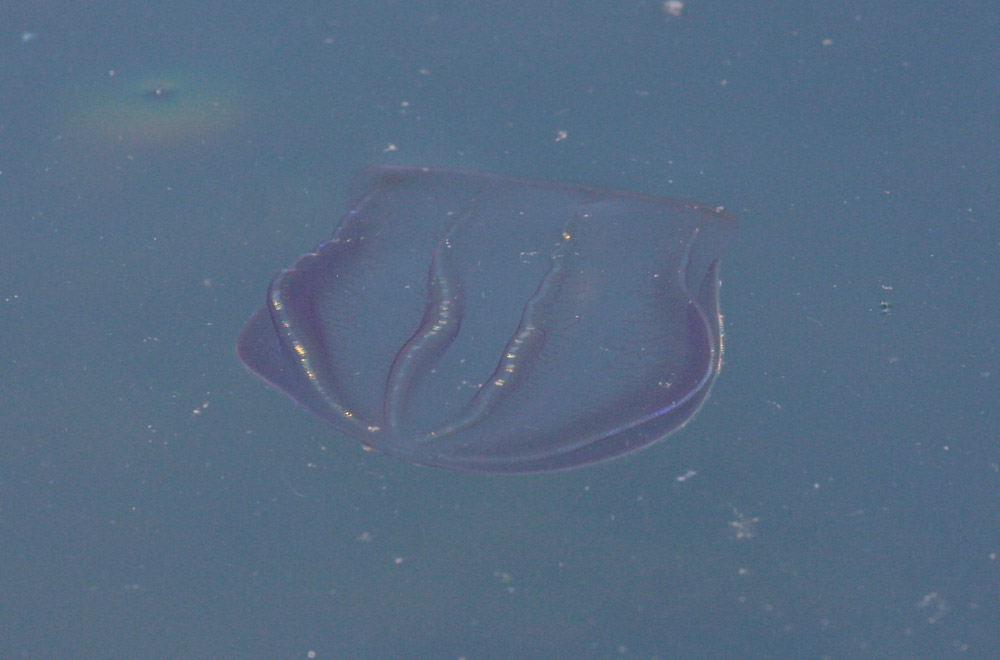 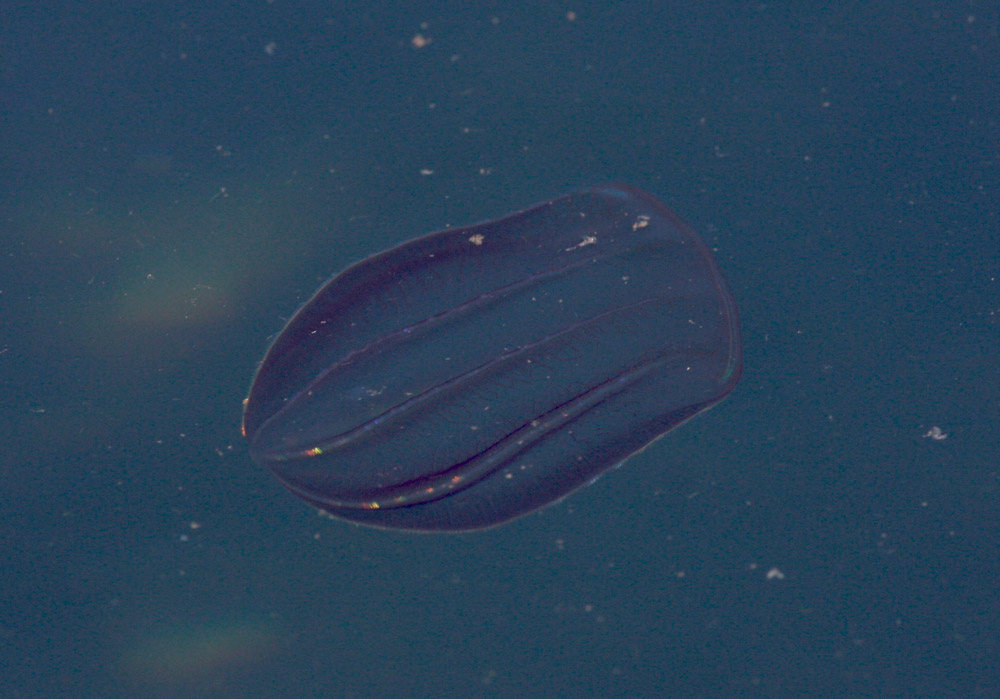 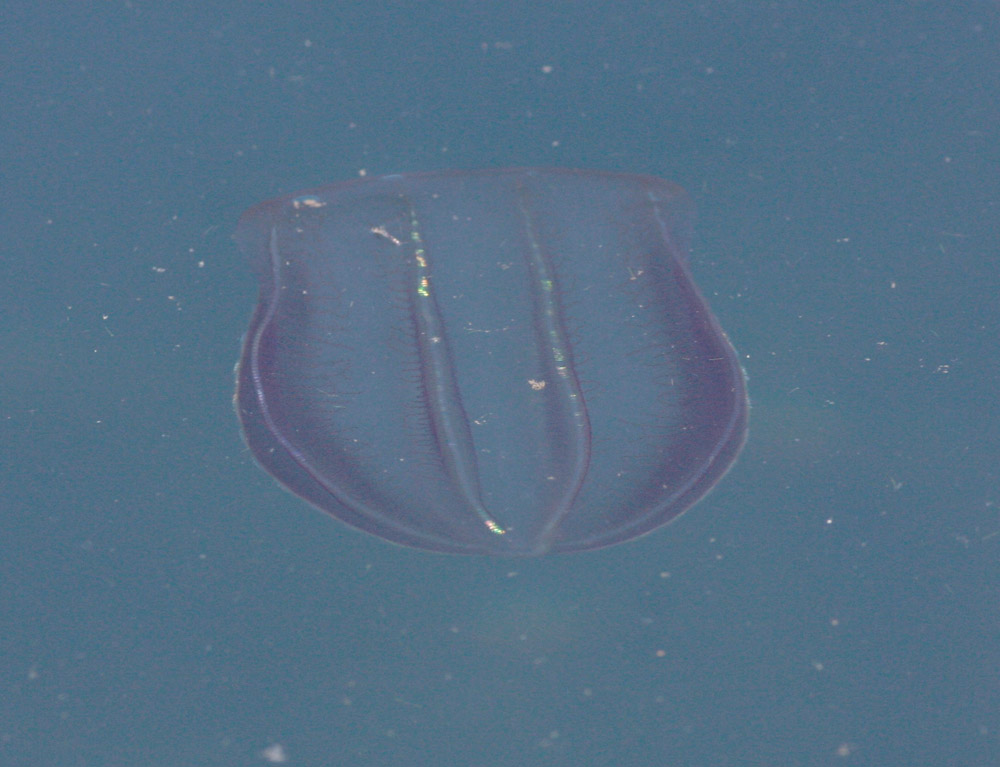 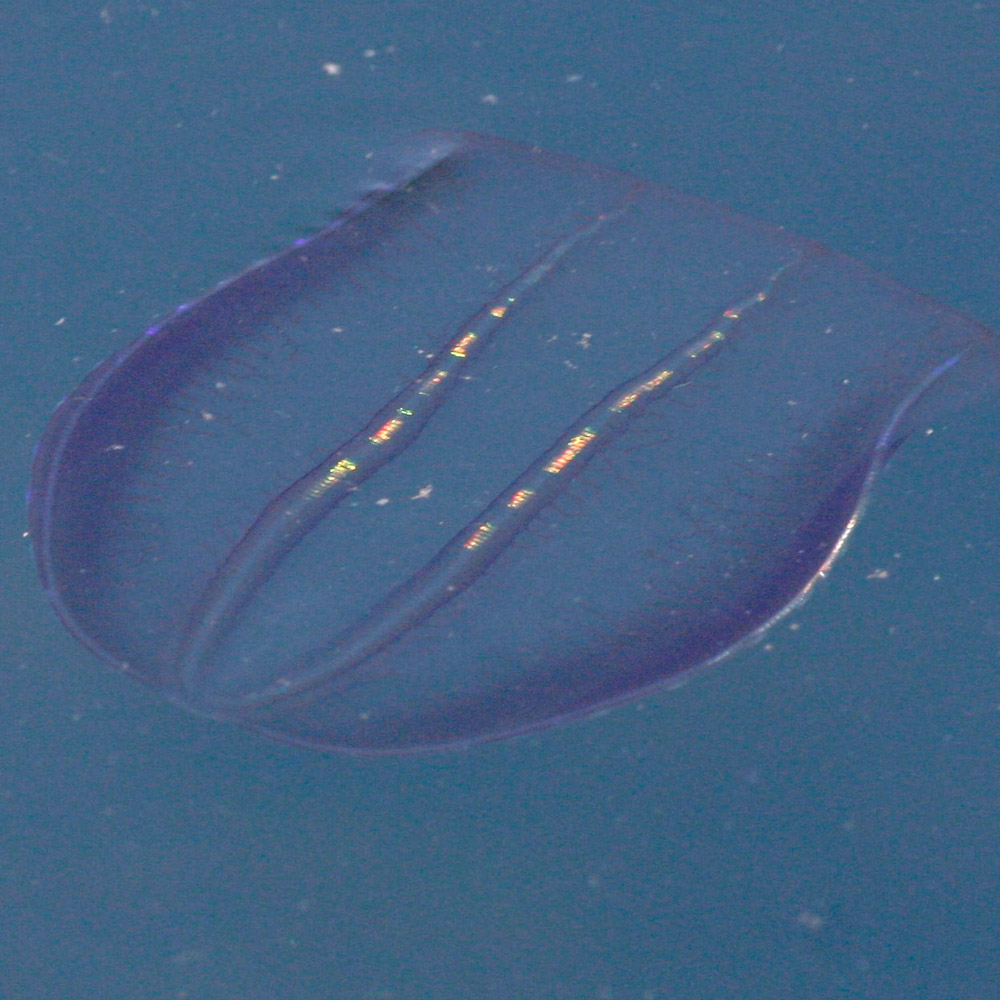