Review of traditional costumes at the Burgas Museum on September 22

Review of traditional costumes at the Burgas Museum on September 22 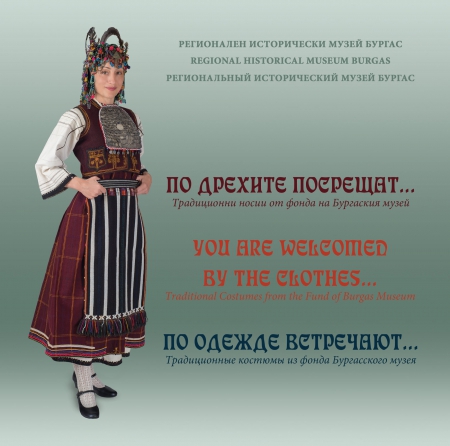 On September 22, on the Day of Bulgarian Independence, from 12:00 in the yard of the Ethnographic Exposition (12-14 Knyaz Al. Batenberg Str.) We will officially present the catalog "On the clothes meet…"

The culmination of the event will be the fashion show of traditional costumes from the fund of the Burgas Museum.

The catalog presents the diversity and variety of traditional clothing in Burgas. 21 authentic costumes were photographed from Strandzha, Karnobat, Aytos, Eastern Stara Planina, etc., of the ethnographic groups Rupci, Tronki, Zagorci, Planinci. Some of them have been in storage so far and have not been shown to the public.

The photos are accompanied by a description of each outfit in Bulgarian, Russian and English.

The project was implemented with the financial support of the Ministry of Culture under the program "Financing of projects in the field of movable cultural heritage and visual arts".