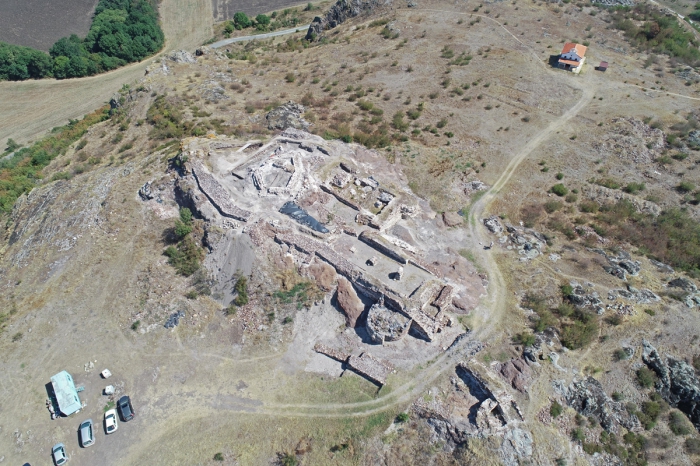 Regional historical museum - Burgas begins excavations of the castle of the fortress Rusokastro for the season 2021. The aim is to study the reservoir of the castle - a facility with a length of 14 m, width 8 m and a depth of at least 4.5 m. covered with semi-cylindrical arches, supported by masonry stone pillars and plinths along the walls of the cistern. Probably during the earthquake the arches fell to pieces and filled the reservoir. After documenting their remains, they will be removed.
Another goal that the archaeologists from the museum have set themselves is to fully study the eastern fortress wall of the castle with the newly opened in 2020 rectangular battle tower.
Upon successful completion of the set tasks, a commission from the Ministry of Culture is to accept the excavations and release the southern and eastern walls of the castle, the reservoir and the dungeon for the design of conservation and restoration works.
We remind you that the entire western fortress wall of the castle, the central entrance of the medieval city, the barracks, four battle towers and the monumental staircase through which the entrance to the citadel have already been approved by NINKN for conservation, restoration, exhibition and socialization. of the Municipality of Kameno.
Archaeological excavations for another year are funded by the Municipality of Kameno and the Ministry of Culture of the Republic of Bulgaria.

Underwater archaeological excavations in the area of Burgas Municipality in 2021

On July 31, 2021 we celebrate 40 years since the opening of the Historical Exposition of RHM-Burgas