In 2020, during the excavations of the Rusokastro fortress, two new important finds were discovered. These are the bottoms of cups made with the "sgraffito" technique and depicted individual monograms. One of them is the named MICHAEL, and the other is a monogram of the imperial family PALEOLOGIST. Similar finds are found in the Black Sea cities - Sozopol, Nessebar, Varna, Kastritsi, Kaliakra, and in the cities near the sea - Rusokastro, Provadia and Shumen. 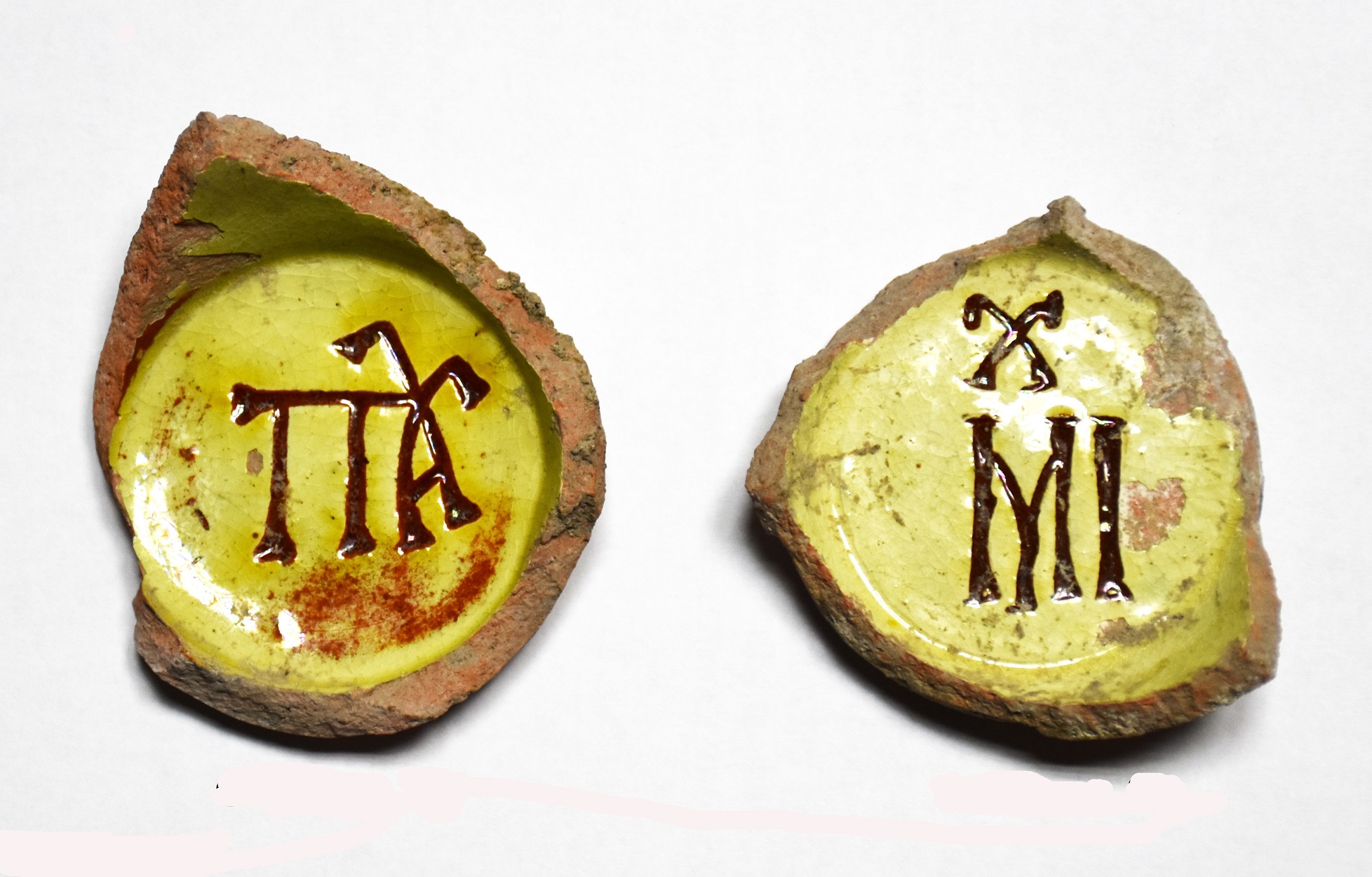 The cups were probably made in Constantinople, and are proof of the lively trade relations between the Bulgarian Black Sea cities and the Byzantine capital. Similar objects are found in the Aegean, in Thessaloniki, Rhodes and on the island of Thassos.

The monograms were discovered while exploring the castle of the medieval town of Rusokastro.

The excavations are carried out by the Regional Historical Museum - Burgas and are funded by the Municipality of Kameno and the Ministry of Culture of the Republic of Bulgaria.