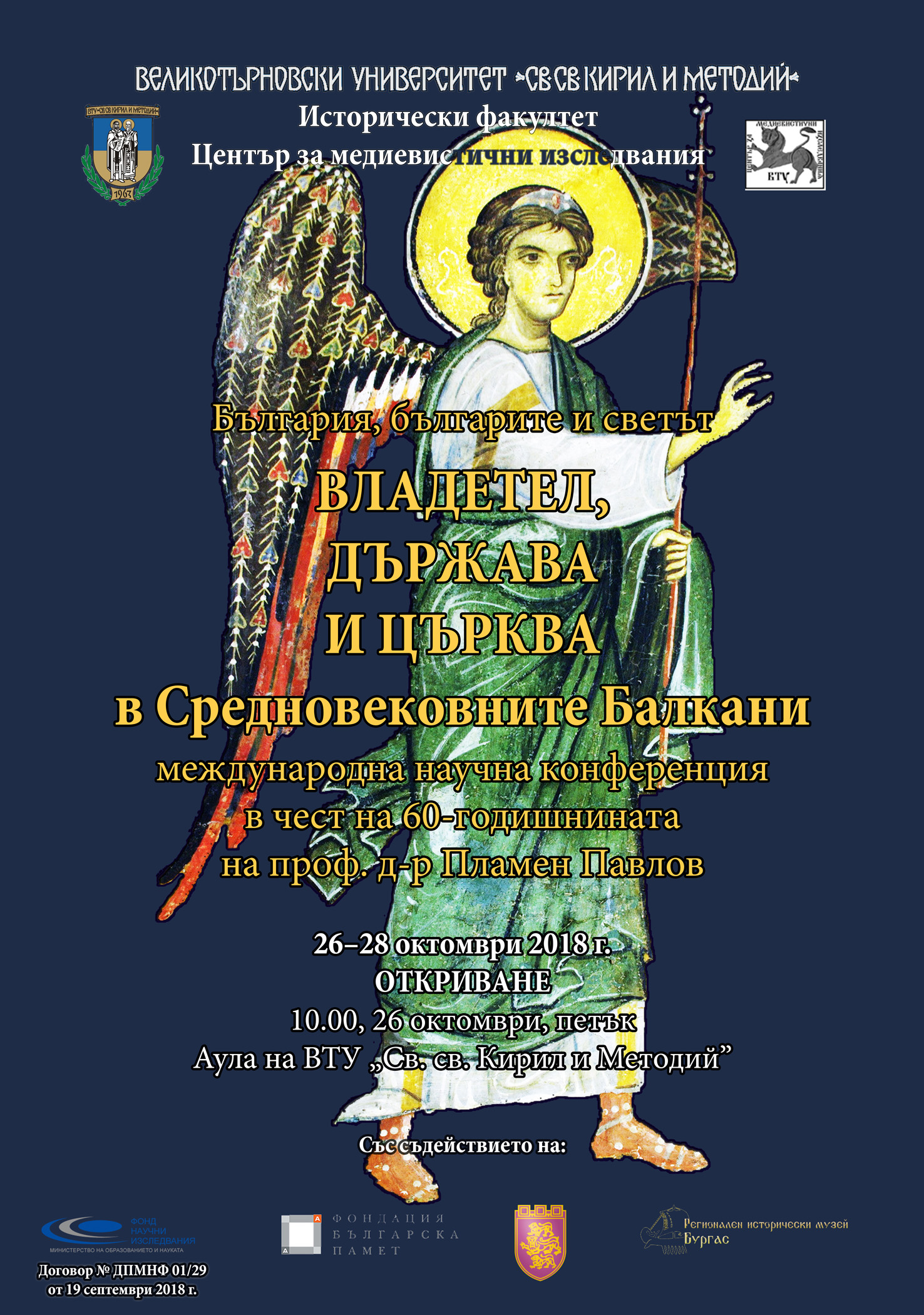 Regional historical museum Burgas is involved in the organization of the international scientific conference "Bulgaria, the Bulgarians and the World" in honour of the 60th anniversary of Professor Plamen Pavlov. The forum dedicated to the topic "Ruler, State and Church in the Medieval Balkans" will be held in Veliko Tarnovo. More than 100 leading scientists from 12 countries, including world-renowned historians and medieval academics such as Vasil Gyuzelev, Prof. Dmitry Polyvynynii from Russia, Prof. Miroslav Lescka from Poland, Prof. Patrick Lickac from the USA, etc, will take part in it.

The official opening of the conference "Bulgaria, the Bulgarians and the World" is on October 26 from 10.00 h. in the aula of Veliko Tarnovo University "St. St. Cyril and Methodius ", as Acad. Gyuzelev and Prof. Polivyanniy will take part in plenary papers. Discussions will then continue until October 28 in the halls of the Confucius Institute. Initiators of the forum are the Faculty of History and the Center for Media Studies with the financial support of the Science Fund at the Ministry of Education and Science, the Bulgarian Memory Foundation, the Veliko Tarnovo Municipality, the University of Veliko Turnovo, the Regional Museum of History in Burgas and others.

All reports and scientific proceedings that will be presented during the forum have a specific contribution not only to Bulgarian but also to Balkan history. According to the organizers, the title of the conference - "Bulgaria, the Bulgarians and the World" was not chosen by accident. He represents the wide scope of Professor Pavlov's scientific interests and his extremely important role in the Bulgarian communities abroad. The thematic title around which the reports concentrate best reflects Professor Pavlov's direct research, adds Prof. Kanev - the interim dean of the Faculty of History at Veliko Tarnovo University.

Burgas Museum displays the St. John theologian's reliquary on the 3rd of November in Kraimorie