Tourmaline is the most colorful of all minerals. This is the group name of silicate minerals with a complex chemical composition. The mineral occurs colored in pink and red (rubelit), green (verdelit), blue (indigolit), black (Scherl) and brown (dravit). It can also be polychromatic - when alternate several different colors in one crystal. An interesting variation is the two-colored tourmaline, called "watermelon tourmaline" with red center and green outer layer.


<module="photo" id="2028" maxwidth="480" maxheight="400">
The most expensive version of tourmaline is rare neon blue variation, known by the name "Paraiba" tourmaline. It became extremely popular for a short time, with prices reaching astronomical levels. It was discovered in 1989 by H. Barbosa, he spent many years in the hills in the state of Paraiba, Brazil, looking for something special and unprecedented to the moment. Today the mines in Brazil are completely exhausted. In 2001, Paraiba tourmaline, similar to the Brazil variation, was also found in Nigeria. 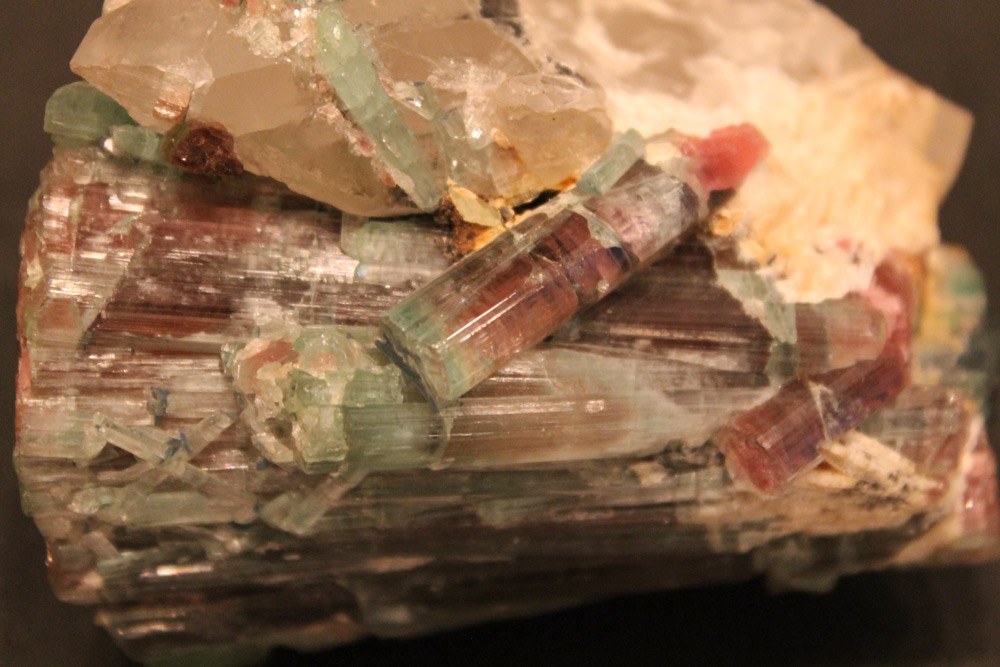 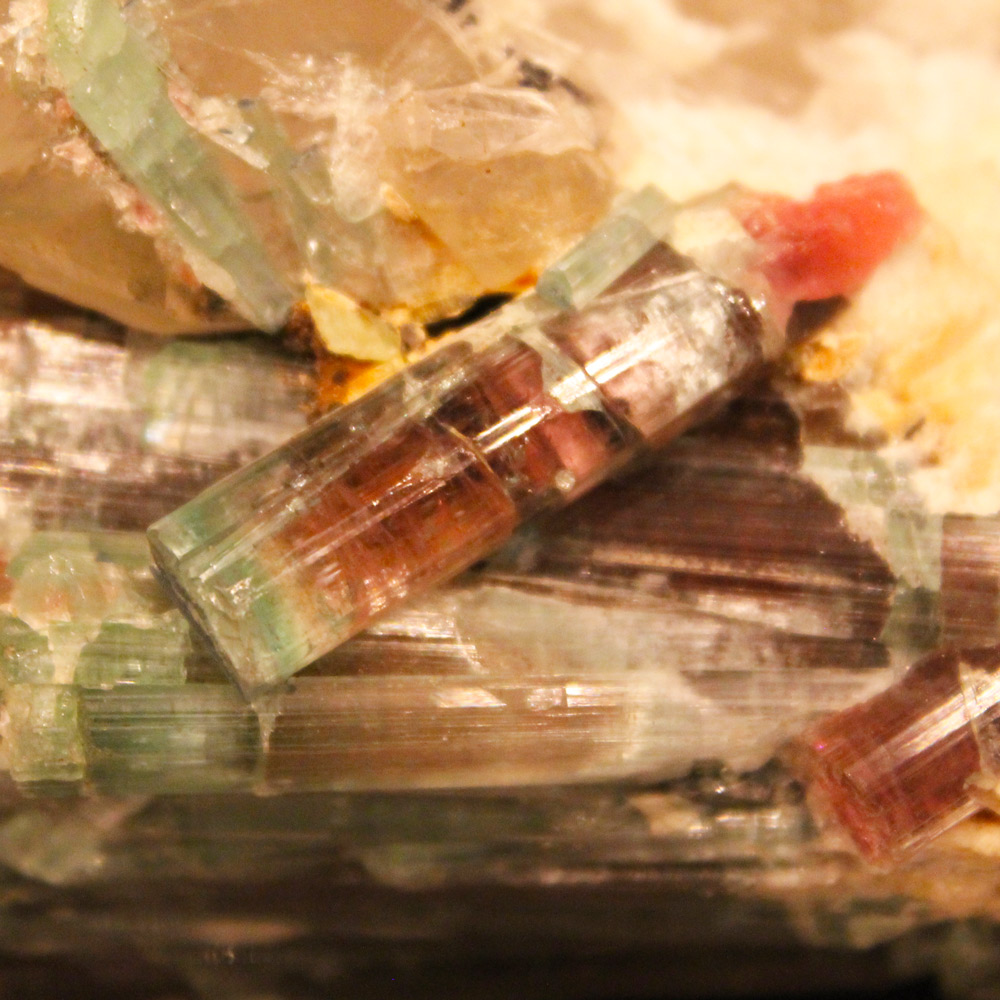