<module="photo" id="1040" maxwidth="250" maxheight="400">
In the darkness of the night you can meet surprisingly white butterflies as Spilosoma congrua. Spilosoma congrua is a kind of moth from the family Arctiidae. This is a large and rich on species family of moths. It includes a large number of subgroups, which differ broad in shape, size and colour, divided into subfamilies with multiple geneses. Representatives of the subfamily Arctiinae, part of which is Spilosoma congrua, have been known as heliophile ie do not hide from sunlight and fly by day, though not as free as a butterfly. In Bulgaria the genus Spilosoma is represented by several species. Typical of these is that the rostrum is less developed, and the tentacles in males are double crested.

Spilosoma congrua is a common moth, small, with a wingspan of 2,7- 4,7 cm. Hind wings are smaller than the front and while the insect rests, they remain hidden.

The colouration of adult moths Spilosoma congrua can vary: the forewings are pure white or marked with black spots; on the inside of the foreleg is yellow-orange, the belly is white. The species Spilosoma virginica is very similar, but it has yellow spots on the abdomen, while Spilosoma congrua's abdomen is pure white.
Adult moths fly from April to August. The larvae of Spilosoma congrua feed on various herbaceous plants, preferring dandelion (Taraxacum spp.), plantain (Plantago spp.) and amaranth (Amaranthus spp.).

The moth Spilosoma congrua originates from North America; it is spread from the Southwestern parts of United States in north to southern Canada and in east to the Atlantic Ocean. Later this species of moth has found a suitable habitat within the borders of Europe. 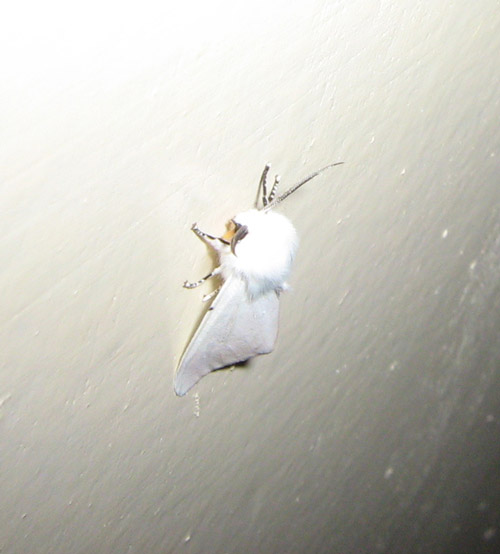 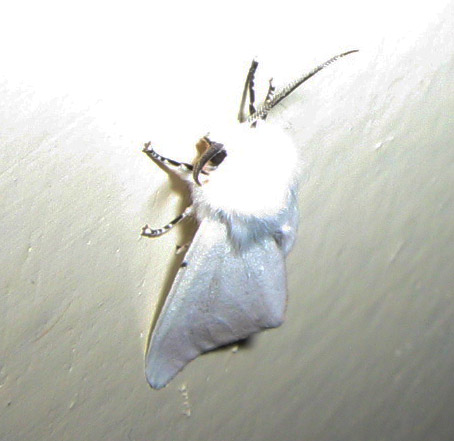 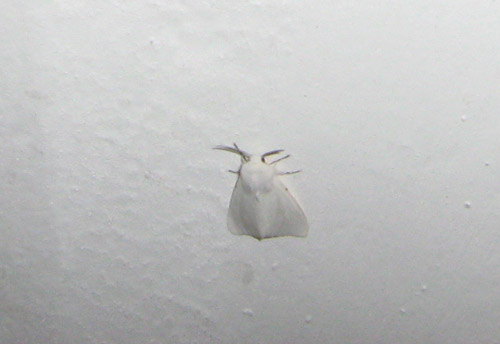