<module="photo" id="42" maxwidth="250" maxheight="400">
Smoky Quartz is a variety of quartz whose name comes from its colour. There are several different nuances of ordinary smoke - from grey to dark brown.
Morion (German, Danish, Spanish and Polish synonym for smoky quartz) is the pitch black variety of quartz. The colour results from the presence of aluminium in the crystal lattice.
It has been proved that after a special heat treatment the smoky quartz and the morion discolour and become golden hue. This quality closes them to the next quartz variety – Citrine. This mineral occurs in yellow, yellow-brown, orange, orange-brown and reddish-brown colour. Its name derives from the French word "citron" meaning lemon.
The writer Rustem Valaev describes in his book "Legends of the gems" the following story. At the time of Catherine II the director of a sanding factory in Yekaterinburg sent all their available gold topaz in the Empress court because the "smoky topaz" became out of fashion. The true topazes which were sent made good impression and a new order followed quickly. The requested amount was huge, but there was nothing available in the rack. The director did not know what to do and shared his problem with a local deacon. He mentioned that the altar has a miraculous icon of St. Martyr Barbara, which can even turn a sinner into righteous man, never mind such an easy task such as turning "smoky topaz" into a gold one. For a “small reward” the deacon was taking the smoky quartz and on the next day he was bringing back gold topaz. The deacon continued to get richer, until the day when the local pharmacist told the director how once the deaconess lost one of her earrings with smoky quartz. This same earring they found on the next day in the cake, where the heat from the backing made the smoky "topaz" into gold topaz.
There is a belief that the smoky quartz is a guardian stone. Like rock crystal, it is used by fortune-tellers to look across time and space. Spheres of smoky quartz are used in the same way as those of rock crystal. Some believe that the smoky quartz is a stone of prudence and can help a person to respond selectively to events or other people.
Citrine is also called the "stone of thought". Ancient cultures believed that placing a citrine on the forehead enhances the mental energy. In ancient times it was used as protection against snake venom and evil thoughts. 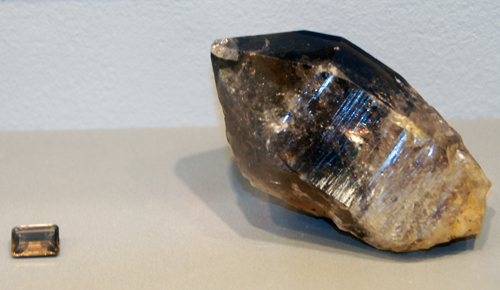 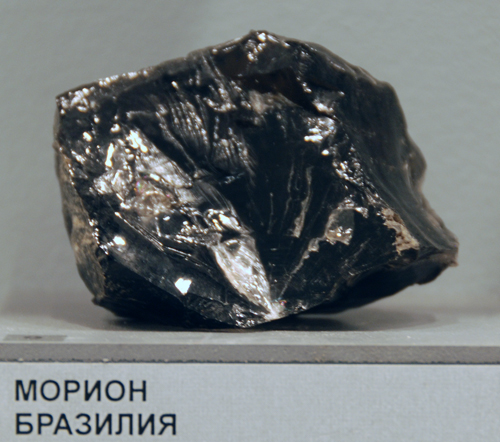 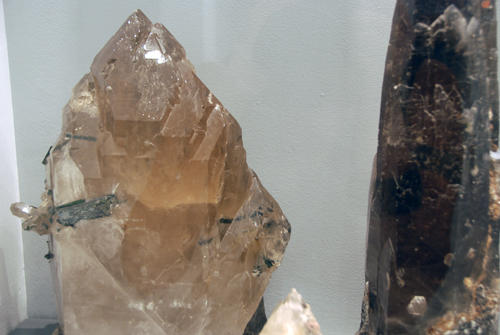 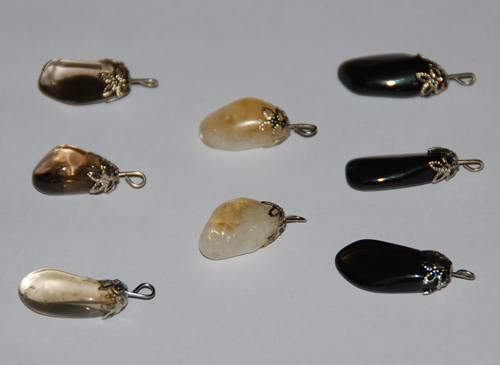 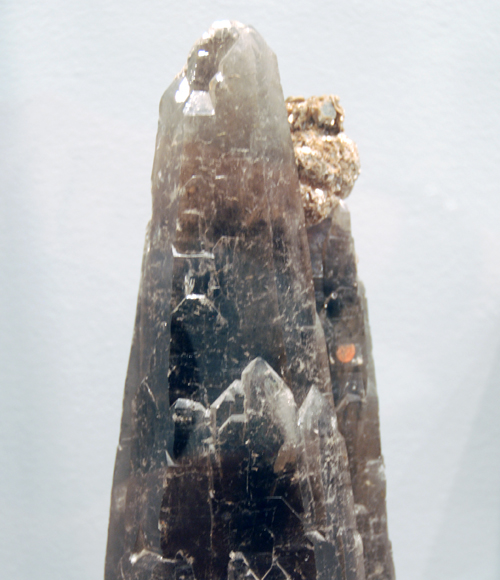 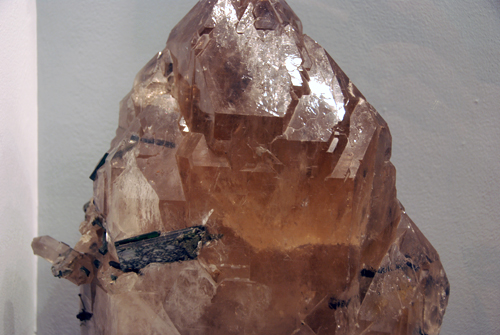 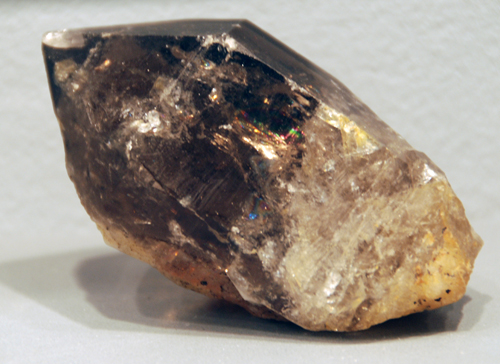