<module="photo" id="1085" maxwidth="250" maxheight="500">
In the middle of the summer the sand dunes along the southern Black Sea coast begin to be filled with tourists. This is the time when from the scolding hot sand rises up one of Bulgaria's most beautiful flowers - the sand lily. The Latin name of the species comes from old Greek and means a sea fighter, but people have given him far more beautiful names - sea daffodil, queen of flowers or the Lily of St. Nicholas.

Sand lily is a perennial bulbous plant, a tertiary relic of the family Amaryllidaceae (Amaryllis). The leaves are long up to 50 cm, linear, flat, growing out from the base of the stem. The stem is up to 60 cm high. It holds a cluster of 5 to 10 large snow-white flowers with a nice, exotic and very delicate fragrance. It blooms from July to August.

The secret to the sand lily' survival in the dry and hot sand lies in its roots. They are bulbs that by the young plants are closer to the surface, and by adults hide much deeper, up to 1 m under the surface. Special retractive roots develop in the base of each bulb. They grow to a certain depth and secure themselves down. Then the roots begin to wind up as a spiral and draw the bulbs deeper and deeper until they reach moist layer. Another interesting fact is that, salt water does not interfere with the plant development, even the opposite. Scientists have discovered that sand lily seeds have higher germination when they have been watered with brackish water. The seeds of sand lily appear in September and look like complete opposite to the beautiful white flowers. They are black, round or polygonal, very light and spread by wind. They don't require periods for rest and very little moisture can be enough for their germination. Unfortunately, only few of the plants survive. Sand lilies that grow from subsidiaries bulbs are more durable, that is why the plants are not evenly distributed along the sand dunes, but are clustered in tufts.

In Europe, the sand lily is found in some Mediterranean countries, the Balkan Peninsula and West Caucasus. In Bulgaria it inhabits the coastal sands and dunes in Silistar, Tsarevo, Kiten, the beach between Primorsko and Perla, the river mouth of Ropotamo Arkutino Kavatsite and Irakli, where the sand lily was imported. The populations are highly fragmented. In some places it is numerous, but generally in Bulgaria the sand lily is represented by a limited number of representatives. Therefore, the species is protected by the Biodiversity Act and is included in the Red Book. Scrunching and harvesting it by the tourists, and turning the sandy beaches into building sites, are the main threats to sand lily. 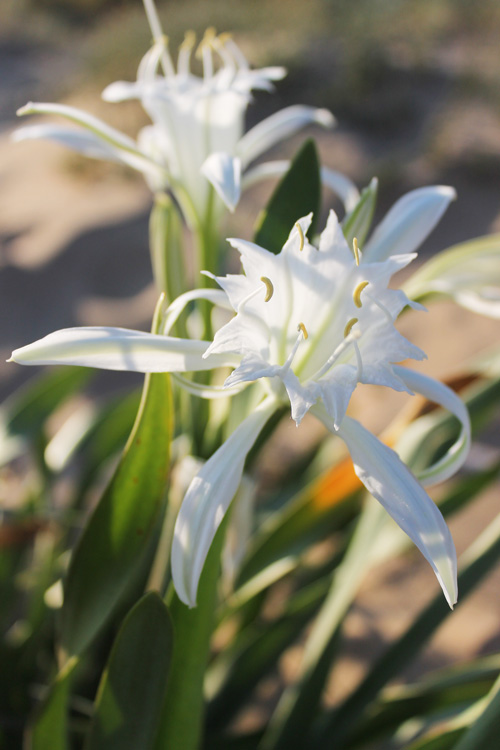 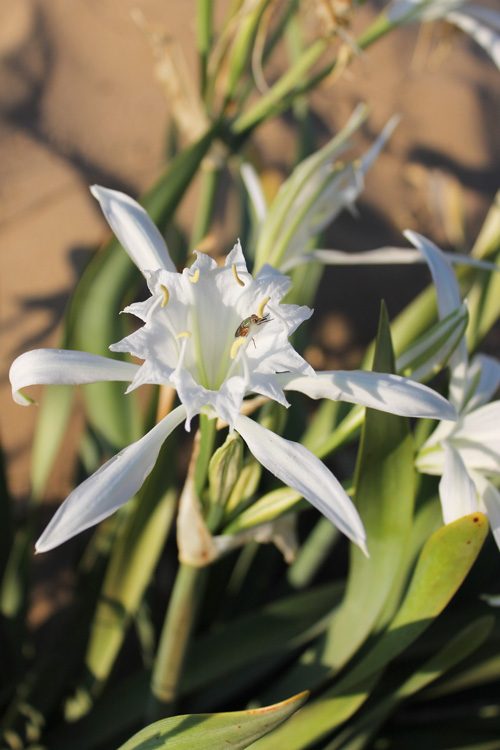 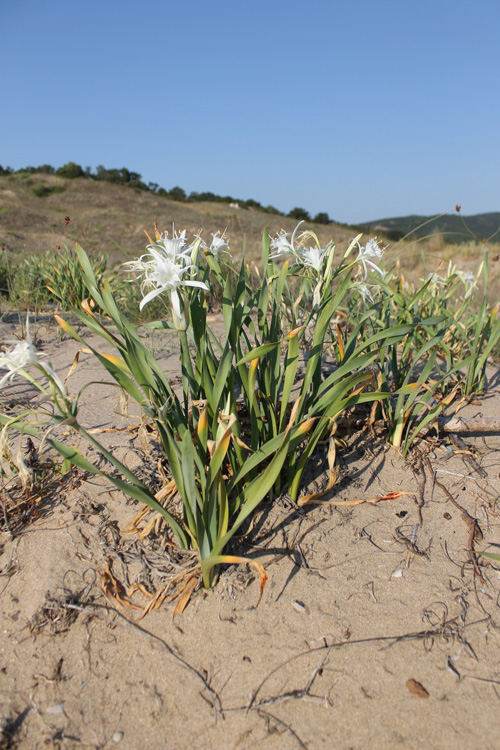 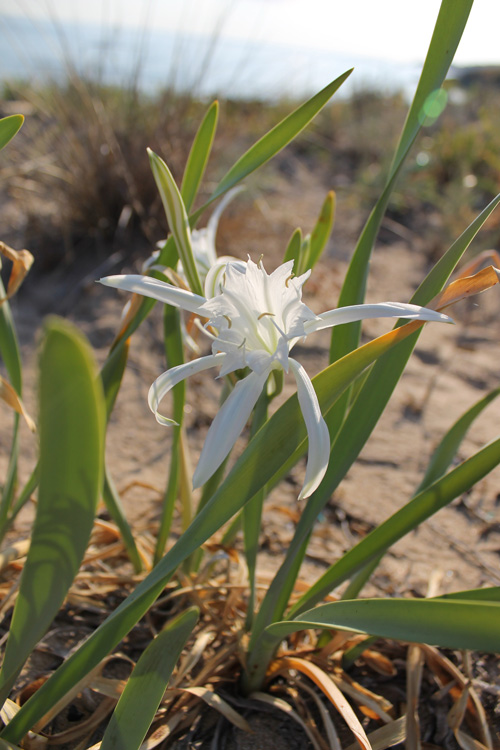 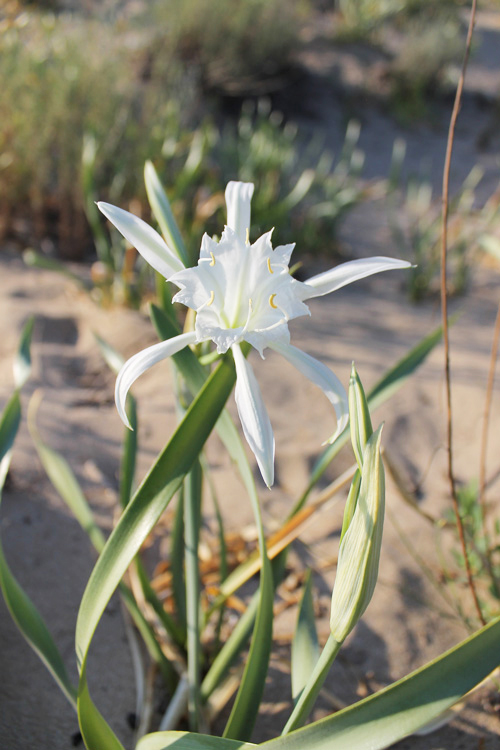 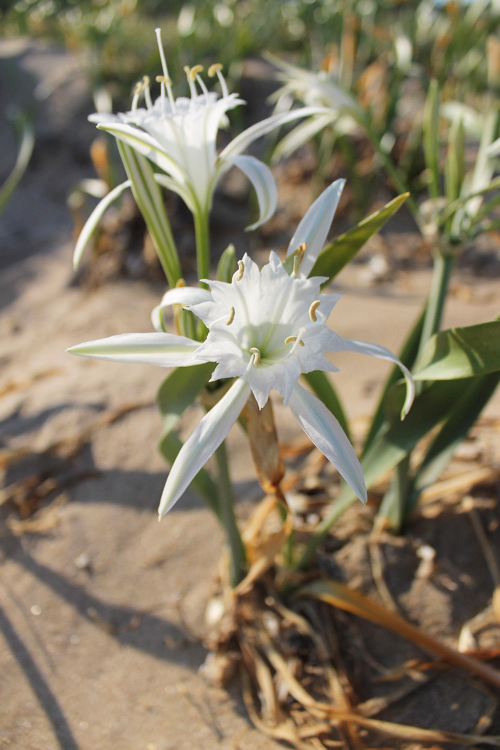 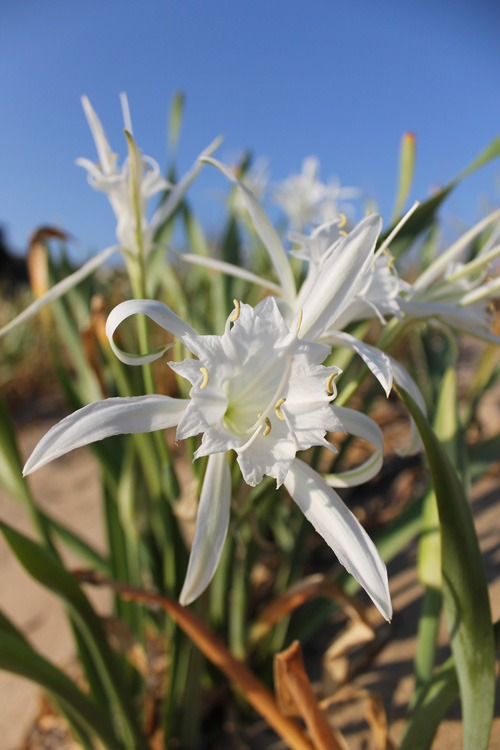 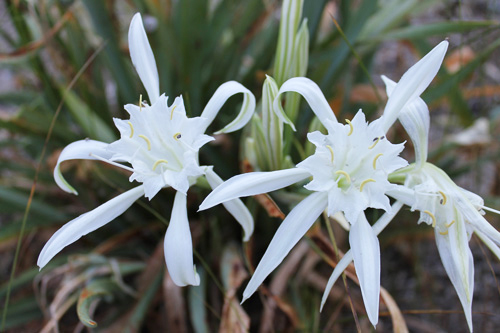 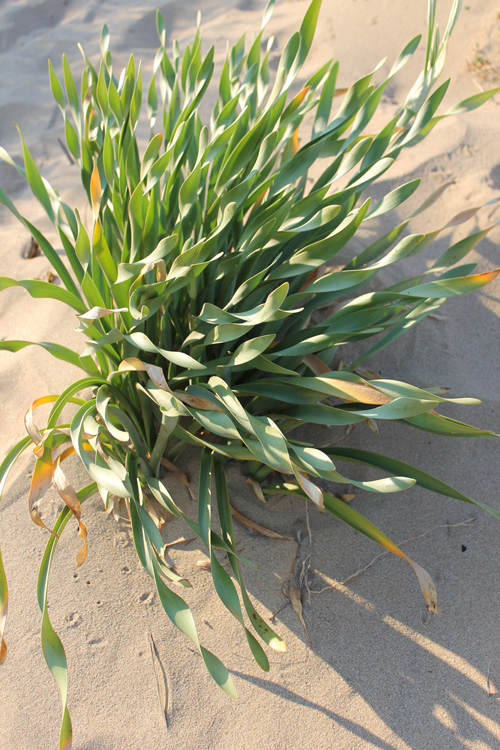 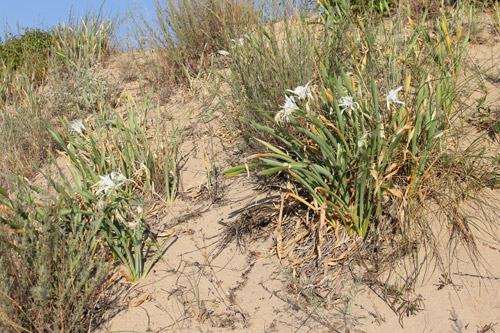 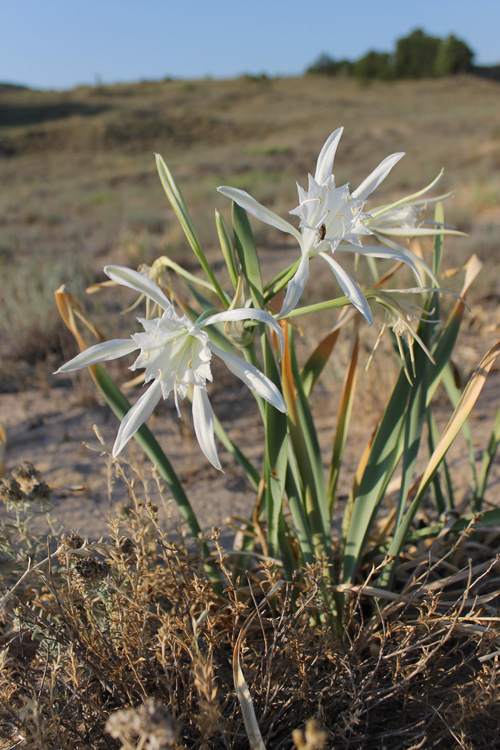