The sand is a granular product obtained by the weathering of rocks, which is a complex set of processes of physical (mechanical) destruction and chemical decomposition of rocks and minerals. As a result of weathering, the rocks change their original form; the rocks crack until they become loose and crushed.

The Psammite rocks are formed under different conditions and are divided into sea (coastal and oceanic) and continental (river, lake,
mouth etc.). Each type may contain organic fragments, linked to the environment in which they are accumulated.

<module="photo" id="1765" maxwidth="490" maxheight="400">
When you hear the word "beach" you imagine yellow or white sand, sea, waves, sun, etc. But the beach can be coloured in a different colour - pink, green, black. Its colour depends on where the waves break - in which rocks, coral shells, what is their composition.
Tropical islands have a rich source of silica sand and therefore the sand there is different. Most often it appears white because of its composition of calcium carbonate due to the shells and skeletons of organisms such as corals, clams and others who live in the reefs.

Pink sands come from the abundance of a special type of organisms - foraminifera, whose shells are reddish-pink colour. Once they die, these shells remain, crushed and mixed with the rest of the sand. Example for it is the pink beach of the Bahamas.
On some tropical beaches, the colour of the sand is black due to dark minerals contained in lava rocks that surround the beach. At the east end of the Big Island, Hawaii, is one of the most unique beaches in the world - the Punaluu Beach.
When volcanic rocks, which are rich in iron, collide with the waters of the sea and ocean, appear red beaches. The most popular red beaches in the world are located in Santorini, Greece, Hawaii and the Galapagos.

<module="photo" id="1772" maxwidth="490" maxheight="400">
The green beaches are some of the most exotic. They receive their unique colour from the olivine crystals that are heavy and the water washes the other sand leaving the fine green crystals ashore. Example for this is Papakolea beach in Hawaii.

Some sands differ in the concentration and effects of the contained minerals - magnetite, garnet and others. Sands where the main mineral is magnetite, or titanomagnetite are used as iron ores.

Sands and sandstones are of great importance in practical activities of man. Pure quartz sand are used in glass and porcelain production, and the rest are used in the construction and metallurgy industry. The sand is a key component in the production of concrete and mortars (plaster). It is used as an abrasive material in sandblasting, as a filter for water and forming of molds in foundries. 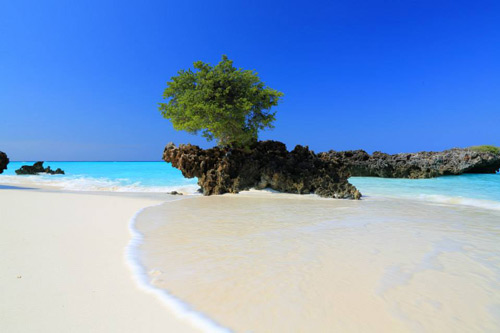 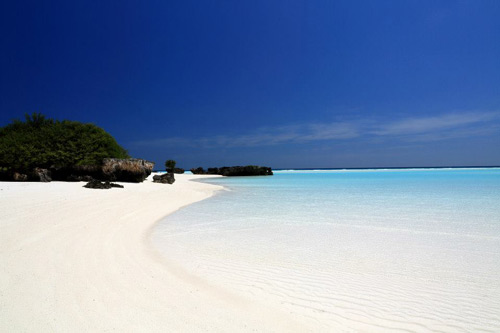 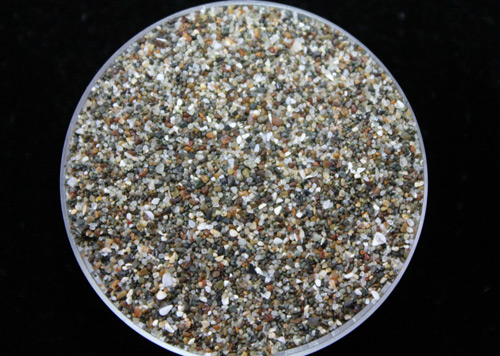