<module="photo" id="33" maxwidth="250" maxheight="400">
Its name probably derives from the German "Querklufterz". In the past with this word, German miners called veins intersecting the ore in the mines, later shortened to "Quererz" and then finally to quartz. Others say the name comes from "kvaar" - "creak" because of the specific sound produced by the crystals friction. Quartz is one of the most widespread and beautiful minerals in nature. Its piezoelectric properties are widely used in electronic industry.
It is composed purely of silicon dioxide, which crystallizes in the trigonal crystal system and has high hardness (7 on the Mohs scale). Quartz is an essential constituent of felsic rocks. The crystals are formed in a variety of physicochemical conditions. The specific mixture and occurrence of these conditions result in formation of various degrees crystallized minerals and mineral aggregates, which can be coloured in one or another colour. For these features we call the quartz multifarious. Some of these quartz varieties have their own names - amethyst, rock crystal, smoky quartz, morion, citrine and more. 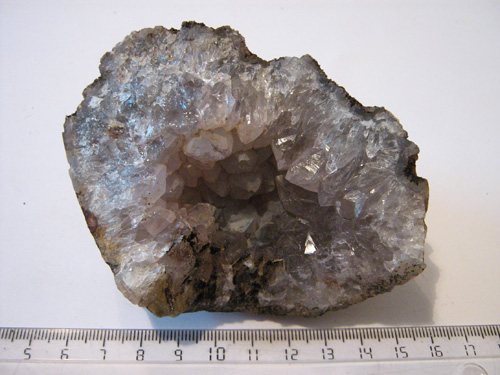 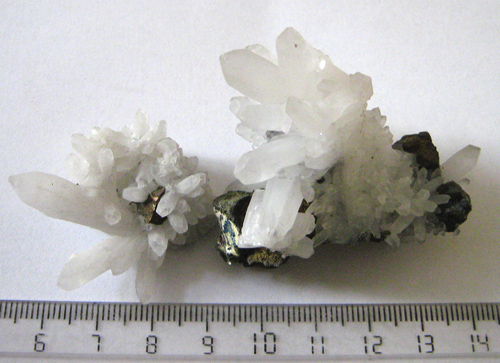 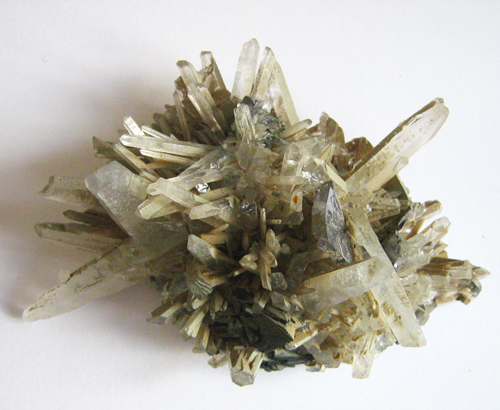