During the famous Council of Nicaea, one of the participants in order to convince his opponents, squeezed in his hand a brick. Then a miracle happened, from one end of the brick fire shot up and from the other end water dripped on the ground. This was St.Spyridon. When he first tried to make a clay pot, he failed. He tried very hard, but did not succeed, because the clay got stuck to his hands. St.Spyridon started crying and his tears were falling on the dry clay. So he discovered that he had to knead it with water, then he easily made a pot and backed it. Since then potters honour him as their saint.

Pottery is the craft of making ceramics (from Greek: κέραμος - clay). The clay is formed into products used in the household, wall decoration, construction, medicine and science. Ceramics, in fact, is the first controlled by human chemical production.
According to the archaeological evidence its history dates back from the prehistoric period. It is logical to state that pottery was created when people began to develop agriculture leading to the appearance of permanent settlements.
Pottery is one of the oldest crafts in Bulgarian Lands; it inherited the traditions of the ancient Thracian ceramics. An important point in its development is the Preslavian School for decorative ceramics from the late ninth and early tenth centuries, outstanding as a technique and artistic style, it is one of the finest medieval examples.
In the years of slavery the art of decorative ceramics was fading, pottery only satisfied the population's domestic needs, produce was only potteryware for storing water and food. During the Bulgarian Renaissance, the pottery was brought back to life. Then there were a number of pottery centers emerging: Bozhentsi, Resen, Vratsa and others.
Kind of contemporary capital of the modern Bulgarian ceramics is the village of Busintsi, near Tran and the Bulgarian north-western border. Around the village there are rich deposits of different types of clay, whose mix was one of the secrets of the local craftsmen. They were able to create vessels that produced chant sounds when you knock on them. Typical colours for the Businska potteryware are yellow, green and burgundy ie. the Autumn range. The Businska potteryware style is characterized mostly by simplicity. Most of the dishes in this style are not glazed and the motives of the decoration look artistically scratched.

<module="photo" id="1109" maxwidth="280" maxheight="400">
The potter instruments are not numerous. To dig and primary process the clay potters use a digger, straight and curved shovel. The potter's wheel consists of two wooden discs mounted at both ends on a vertical wooden axle. The upper disk is smaller and is used to put the clay on top of it. The bottom one is bigger and heavier, it is made of oak, serves as a flywheel and drive axle of the upper disc. It is powered by foot. Among the other potter's tools are chisels cornel, small shovels, scrapers, leather for smoothing the vessels, brushes for painting, string to separate the finished vessel from the wheel.
But the most important tool of every potter is his hands.

Pottery is a craft most often transmitted from father to son.

When it comes to Burgas ceramics everyone think of two people - Kolyo Arabadzhiev and Ivan Arabadzhiev - father and son.

Kolyo Arabadzhiev graduated the Bulgarian Academy of Arts in Sofia with major in "Decorative monumental sculpture". He started Bulgaria's first Children's School in ceramics and sculpture. It was organized in the Burgas School "Ivan Vazov" in 1971. The smallest figurines made there are 9 mm and the biggest - 235 cm with a weight of 1450 kg. The school reached its apogee in the 1980, when for the celebration the 1300th anniversary of the Bulgarian State it created the monumental art composition "Bulgarian Folklore". The composition included 9 figures: Lazarki girls, kukers (mummers), folk musicians and Hitur Peter (Sly or Clever Peter is a Bulgarian trickster character from the traditional peasant tales) riding his donkey. Three of them (two kukers and a lazarka girl) were restored by Ivan Arabadzhiev and permanently exhibited in the yard of the Ethnographic Museum in Burgas.

<module="photo" id="1111" maxwidth="480" maxheight="400">
Ivan Arabadzhiev graduated the "St. St. Cyril and Methodius" University in Veliko Tarnovo, with major in "Sculpture". Since 1998 he works at the Regional Museum of Burgas as a painter and restaurator. He has restored over 500 ceramic vessels. He continues to lead pottery classes, where he trained hundreds of children in the traditional craft of pottery.
Anyone who knows Ivan Arabadzhiev, would say that it is impossible to fully describe all of his interests. Young enthusiastic journalists have tried already, but to no avail... This is why we simply going to publish underneath one of his quatrains without trying to analyze what the author want to tell us...

"Brilliant September sun
the eyelids are blissfully closing
in my heart I feel
joy, a grist
biiiiig as a grain of the Sahara sand" 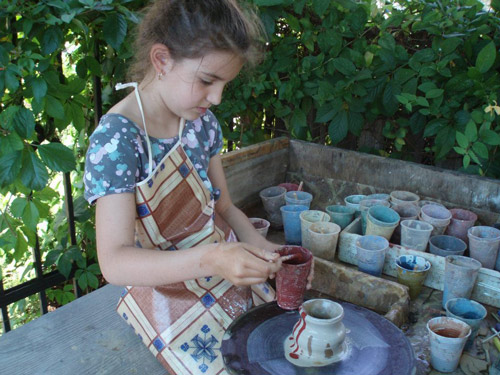 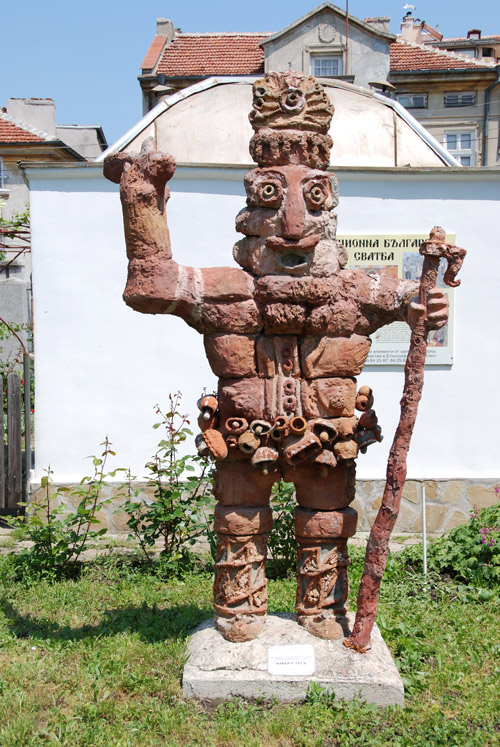 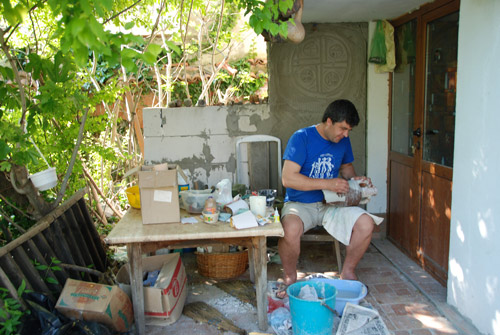 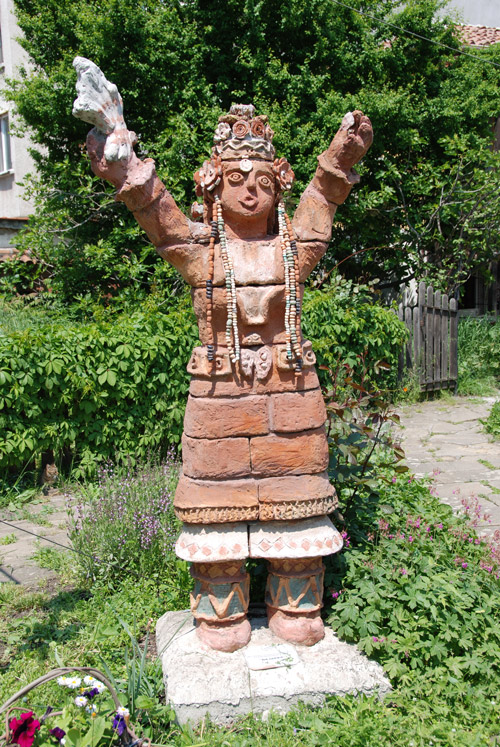 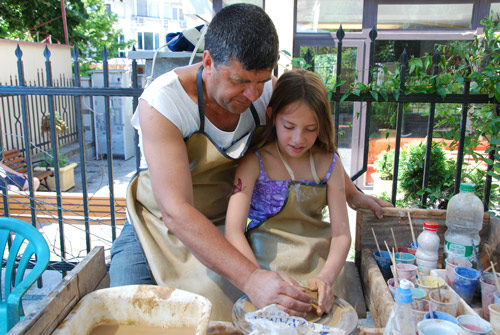