Michael Zelkov, a Burgas publicist and patriot in the Macedonian military Governorate during the Balkan War

<module="photo" id="1146" maxwidth="200" maxheight="300">
A forgotten name, hence its contribution to the political history of Burgas city and to the Bulgarian military history. Born in Sopot, Michael Zelkov already on his arrival in Burgas fell in the center of the political passions.Known as an active member of the National Liberal Party, he was elected District Governor for the period 1906 -1908, and was repeatedly voted a councilor in the period 1912-1931. He was also a Member of the XIX and XX National Assembly and throughout his political career proved himself as a talented and daring speaker on pressing social and national issues. Michael Zelkov was also known as an outstanding supporter of King Ferdinand.
On the eve of the Balkan War the massacres against the Bulgarians in the town of Stip provoked Mr. Zelkov to give heartfelt speech at a protest rally in Burgas, urging the government to take steps for the desperately deliverance of Macedonia and Thrace.
In the autumn of 1912 the Balkan War erupted and Mr. Zelkov is mobilized in the composition of the 2nd army, which was first active in Eastern Thrace, but in the early 1913 led offensive military actions at the Macedonian marshal theater. Here is a summary of the speech of Mr. Zelkov on the occasion of Lozengrad's fall:

Officers, soldiers and civilians!
You remember the King's manifesto on the declaration of war, which ended with the exclamation: "Let the brave Bulgarian army fly from beat to beat!"
And here it is: It flies.
Only for 6 days the Bulgarian soldiers did wonders.
All our armies are advancing with great rapidity.
They fly.
The day before yesterday they seized Kardzhali, Dyovlen, Mehomia, Gorna Djumaya, Mustafa Pasha, and yesterday - Lozengrad.
Soldiers in their zeal do not know what is an obstacle.
Why is that?
Because our army is now takes revenge for the five centuries of slavery; revenge for the heavy Kardzhaly and Janissary times; they avenge Batak, Perushtitsa and others tunred to ashes; to avenge the massacres in Stip and Kocani; to avenge the Bulgarians, who suffered throughout Macedonia and Thrace.
They are bold avengers.
God is with us because we fight in the name of higher justice.
Therefore, our armies will go forward and only foward.
Hoorah for the brave Bulgarian army!

Burgas Historical Museum stores part of the personal archive of Mikhail Zelkov. Especially interesting are his original personal stamp, diary and more, documents, speeches, military reports led during the Balkan War. In Macedonia, Zelkov was Chief Secretary of the Macedonian military Governorate in the town of Serres. The diary of Zelkov is a valuable testimony on how stressful and tense wartime atmosphere was all over Macedonia. There, the outnumbered Bulgarian regular and volunteer corps at the cost of supreme effort withheld the offense of Greek andartes and Serbian armies in their attempt to occupy the old Bulgarian lands. Zelkov tells of terror and massacres committed by the former allies, but does not save words on Bulgarian retaliatory reprisals, often equal in cruelty in pursuit of revenge. War is war, some would say! 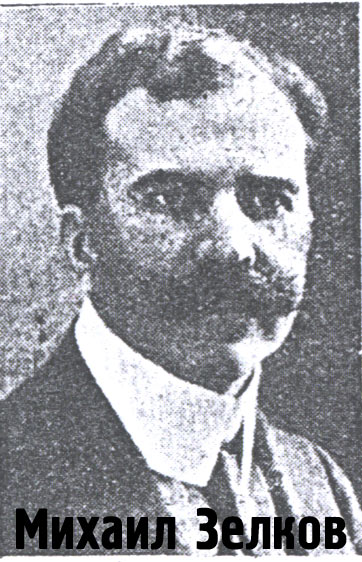 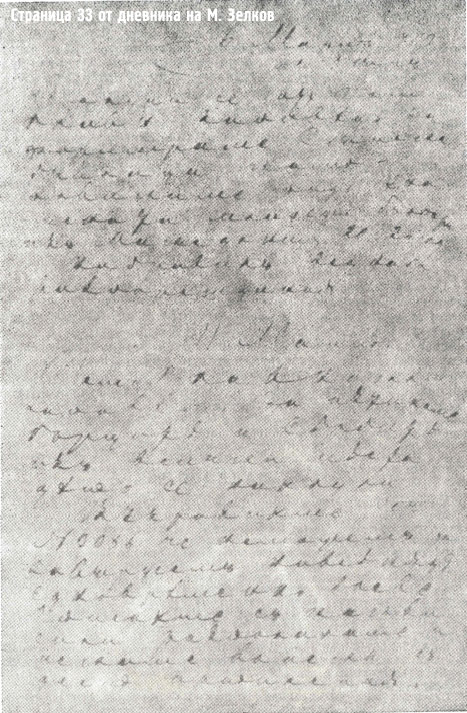 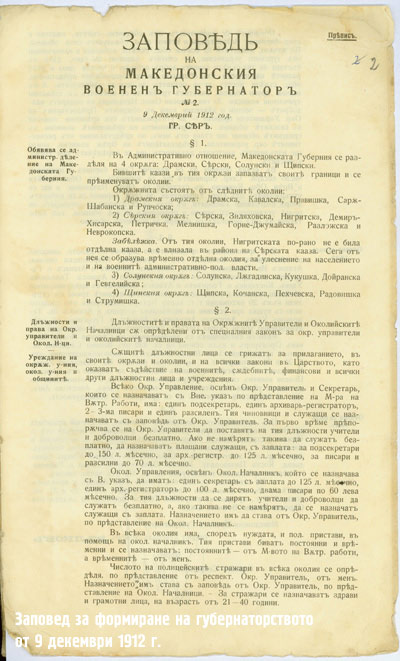 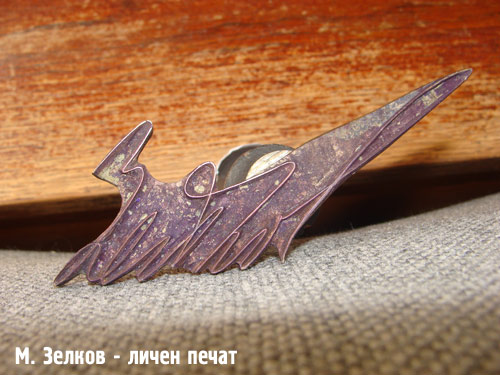