The name Malachite comes from the Greek – some say that it comes from the word malakos, meaning mild, while others from malhe - Malva (plant with leaves the same bright green color). There is evidence that Malachite was known and used already in the 7th millennium BC. Even then it was used for the extraction of copper and as a gemstone for making jewellery and ornaments. In Ancient Egypt it was used in cosmetics to form "green" mass. Egyptian women wore eye makeup and eyelashes with finely crushed malachite. This was one of the first minerals used as a symbol of power by the upper classes in Egypt. In the jewellery decorating the heads of pharaohs, gems of malachite were often present because it is believed that this mineral increases the vibrations of the mind of the ruler and help him make wise decisions. Already then, people appreciated the ease with which the stone is processed, its good polishing and the beautiful patterns of green layers. The ancient Egyptians mined it from the Sinai Peninsula. Malachite was also known to the ancient Greeks and Romans who continued the Egyptian tradition of using this mineral, including for the decoration of buildings.

If there is a “Russian stone”, this definitely will be Malachite. Russians discovered it in their land first in the Ural Mountains in 1635. The stone became immensely popular after the discovery of the Uralic malachite fields near Yekaterinburg in Russia in the late 18th century. In 1836 there was discovered a monolithic block weighing about 400 tons. The abundance of high-quality malachite in large quantities and large size of the blocks allows a wider use of it as monumental and decorative material in the Russian architecture at that time. In this way Malachite became a symbol of Russian heritage and occasion for jealousy on the part of Western Europe.

Malachite is associated with many legends. Some claim that it can make people invisible, others that whoever drinks of a water container made of malachite will start understanding the language of animals.

Another legend retold from ancient Greek authors stated that Egyptian slaves digging copper and malachite in particular, were very rarely sick of plague and cholera - diseases common at the time. This was probably the source of the popular believe that the stone has protective power and has to be worn as an amulet.

According to Indian astrology Malachite is a stone of world harmony and love, and has a very high energy level. It can ease the soul or get rid of silly dreams, fantasies and dark thoughts. It absorbs so much negative energy from its owner that it is necessary to be purified more often than other gemstones.

Malachite draws to its owner great attention, which makes it is suitable for artists, writers, journalists and performers. Major suppliers of malachite today are large deposits in Zaire and partially Zimbabwe, Australia and the USA. In Bulgaria Malachite can be found in the oxidation zone of copper and many polymetallic fields. Samples of these are only collectable. Solid decorative malachite is found in the field Elatsite, Etropole, as well as Kremikovtzi, Sofia. 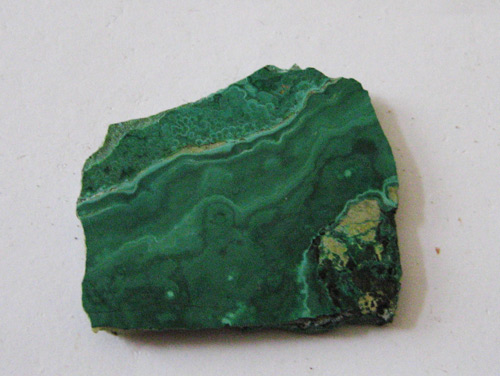 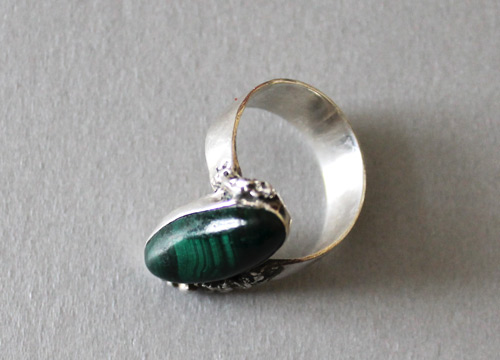 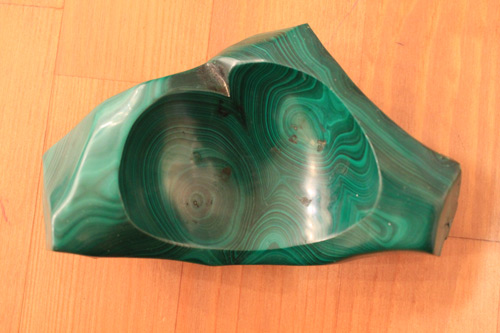 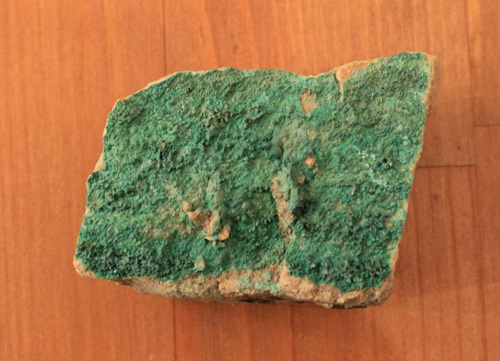 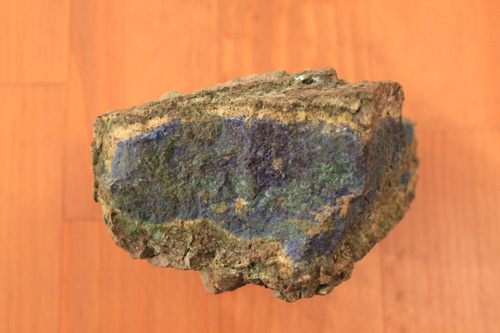