Macedonian-Adrianopolitan Volunteer Corps is a voluntary military unit founded on September 23, 1912, on the eve of the First Balkan War. It was composed of volunteers from the territories of Macedonia and Eastern Thrace, regions still under Ottoman rule, volunteers from other countries and one Armenian company. Members of the corps were former revolutionary leaders and guerrillas, teachers, students, peasants, craftsmen, physicians, elderly volunteers from the Liberation War. Many foreigners - Russians, Romanians, Montenegrins, Greeks, Serbs, Czechs, Slovaks and others also volunteered to fight for the liberation of the enslaved Bulgarians from Macedonia and Eastern Thrace.


<module="photo" id="1103" maxwidth="480" maxheight="480">
The overall composition of the Macedonian-Adrianopolitan Volunteer Corps reached over 14,600 members. The Commander of the Corps was Major General Nikola Genev, Assistant Commander - Colonel Aleksandar Protogerov. Chief of Staff was Major Petar Darvingov. It was decided, the formed volunteer corps to bear the names of cities that were well-known for their participation in the national liberation movement in Macedonia and Eastern Thrace. These regions were later defined as activity's areas of the voluntary corps. Every band of the Macedonian-Adrianopolitan Volunteer Corps had own flag. Most of the flags were sewn during the war and have been given to them by the cities whose representatives were volunteers. Main flag of the Macedonian-Adrianopolitan Volunteer Corps was the flag of the 11th "Serres" Infantry Battalion, made after a project of Ivan Mrkvicka and donated personally by the Bulgarian Queen Eleanor Colonel Alexander Protogerov on 28 October 1912 to. The volunteers swear an oath in front of the flag.


<module="photo" id="1102" maxwidth="200" maxheight="300">
By the end of October another 6 bands formed, including 12th Lozengrad band, organized in Burgas in three companies and led by Trifon Boyadjiev. The 1st company (the so-called "Heroic Legion") with commander the non-commissioned officer of the Swiss Army Louis Ayer, included 205 people, members of the heroic gymnastic organization. The 2nd company is composed of Armenians and during the war it reached the number of 273 people. The second company was entrusted to the lieutenant of the Bulgarian army Garegin Njdeh. The 3rd company included all volunteers from the Macedonian-Adrianopolitan Brotherhood in Burgas. On the eastern flank of the front line, in the region of Strandzha they joined together with the company of Lieutenant Mihail Gerdzhikov and Lieutenant Dimo Ayanov. The company's composition dominated rebels from Eastern Thrace, including refugees from the areas of Lozengrad and Malko Turnovo.
<module="photo" id="1101" maxwidth="300" maxheight="350">
Their documents, photos, awards and personal items have been preserved in the Historical Museum in Burgas. Some of the names mentioned here are Christo Myuftiev, Marin Valchanov Todorka Yankova, Kalitsa Berberova. Among the relics of the Balkan War is the flag of the Lozengrad company, sewn specially for sending the volunteers to the war. This flag has no military history, but it carries sentimental value and illustrates the enthusiasm and spirit of the time. The flag is made of green silk, lined on three sides with white, green and red triangles. One side has embroidery made out of yellow satin, reading "Macedonian-Adrianopolitan Volunteer Corps Society - Burgas". On the other side it is embroidered with the Bulgarian Lion and inscription "M.O.OP." The lion in the flag stands on a pedestal with the inscription "Above all, fulfill your duty" 1912.

<module="photo" id="1105" maxwidth="480" maxheight="480">
Lozengrad company's task was to act in the area between the Black Sea and the River Maritsa. Their movements included campaigns to disrupt the enemy's rear, such as removing the railway line between Edirne and Istanbul. According their plan garrisons were attacked in the villages of Gramatikovo, Malko Tarnovo, Vasiliko, Ahtopol, where a temporary local authority was appointed by city committees. After a series of successful operations between the villages Malko Turnovo, Kovchaz, Gyoktepe and Lozengrad, the companies of Gerdzhikov and Ayanov were sent to protect the Black Sea coast between Podima and Karadzhakyoy. The overall activity of the company was appreciated by the Bulgarian High Command and 15 of its members were awarded with the medal "Za hrabrost" (english: "Order of Bravery") . 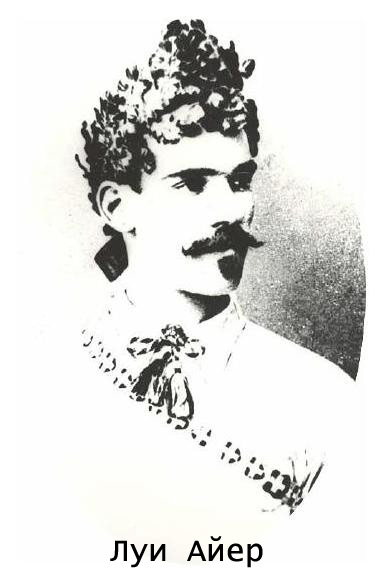 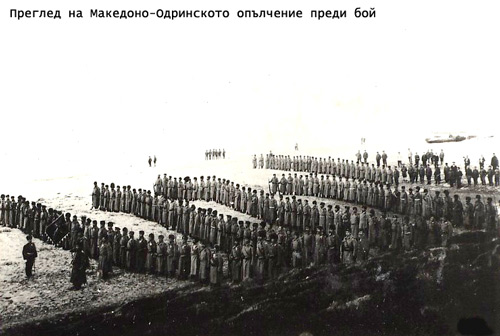 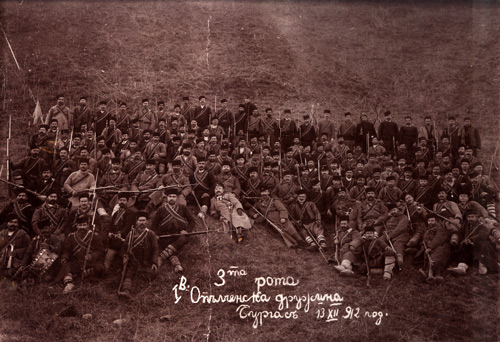