<module="photo" id="1405" maxwidth="250" maxheight="200">
Jade is a silicate mineral belonging to the amphibole group as a solid form of the tremolite Ca2Mg5Si8O22 (OH) 2 or actinolite Ca2 (Mg, Fe2 +) 5Si8O22 (OH)2. The specific colour of Jade is determined by the proportions of tremolite and actinolite in the stone, the trace amounts and the level of oxidation, as follows:
• white - pure white jade is extremely rare and is composed almost entirely of tremolite;
• green - trace amounts of chromium (Cr), nickel (Ni) and / or vanadium (Va);
• yellow - trace amounts of iron (Fe) oxides;
• tan - a larger quantity of the impurities of iron oxides;
• black to very dark green - mixtures of oxides of iron and graphite.

Jade is two times stronger than steel, due to the subtle interplay of small fibrous crystals of its constituent actinolite and tremolite. The Russian academician Fersman even gave an example of a hit over a Siberian jade piece placed between the anvil and a big steam hammer, the metal anvil ended up damaged but the jade piece remained unscathed. The hardness of Jade is 6 to 6.5 on the Mohs scale, but it is extremely tough, which makes it ideal for engraving.

Although jade comes from China, its name in Bulgarian (bg: nefrit) comes from the Greek "nefros" meaning kidney. Popular belief says that jade stones immersed in drinking water can alleviate kidney function. It is considered as a protector and healer of the kidneys.
There are minerals that have a long history and were more expensive than gold. They were worn by priests, rulers and nobles. One of these stones is jade. Evidence of it can be found in nearly all ancient cultures, but jade was most valuable and respected in China.

5000 years ago, the Chinese have prized jade as an imperial stone. Jade was called the stone of heaven and it was associated with the five main human virtues - compassion, modesty, courage, justice and wisdom. The famous Chinese philosopher Confucius said: "When I think of a wise man, his merits appear to be as a jade." There is a Chinese proverb: "Gold has a value but jade is priceless." In the popular belief it is an expression of love in talismans. Small rooster cut from jade symbolizes devotion as the goose - fidelity. Jade butterfly symbolizes love and is a traditional gift of the young men in China for their fiancés. Jade bamboo stick is given to the bride as a symbol of eternal love and happiness. However, a fundamental belief remains that its main ability is to cure kidneys or to protect them from diseases. Jade is called the "Stone of Eternity", a symbol of love and high social position. Jade is a patron of the family and its welfare. 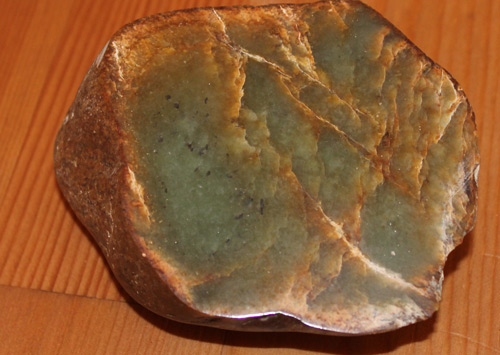 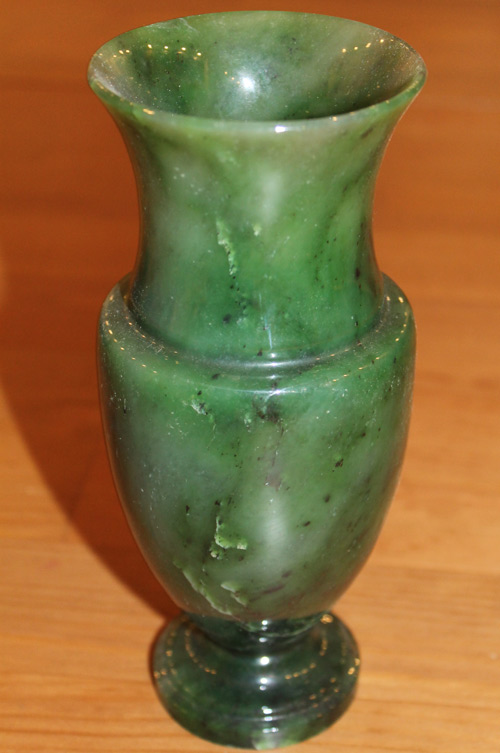 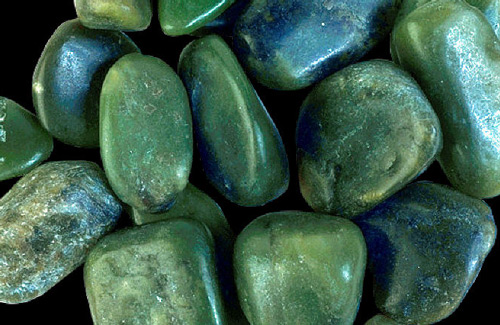