How was created the amateur opera

How was created the amateur opera

How was created the amateur opera in Burgas

Before September, 9 1944 the history of musical life in Burgas is very limited. Several musicians attempted to prepare opera events, based on the works of Maestro Georgi Atanasov and the local composer Varban Vurbanov. These were only single events without any long-term results.

The necessity of a large cultural institution like an opera house arose in the city as a result of the growing cultural needs of the citizens of Burgas. Joint concerts of the State Symphony Orchestra and Philharmonic Choir received great success. This proves that in Burgas at this time there is sufficient resources and experience, as well as will and desire to create an amateur opera house. The preparation for the opera "La Traviata" by Giuseppe Verdi started quick after the collection of financial means. Competition hearings for soloists, chorus and ballet were held in the city. Over 180 amateur musicians took part in the hearing. The first plans were made to develop work programs and the municipality provided a space for rehearsals.


<module="photo" id="1669" maxwidth="490" maxheight="300">
For several months, the conductors of the State Symphony Orchestra V.Lolov and N.Mihaylov, the artist and senior director at the National Theatre - Mr.Gadularov, the choir conductor G.Tabakov, the artist K.Dzhidrov and many others work dedicatedly for the preparation of the premiere.

The Burgas opera received valuable support from the management and staff of the National Theatre "Adriana Budevska" and the State Symphony Orchestra.

With these events the fundamentals of the youngest amateur opera in the country were laid down. The first performance of the establishment was the premiere of the opera "La Traviata" by Giuseppe Verdi, which was held on 25 June 1955. 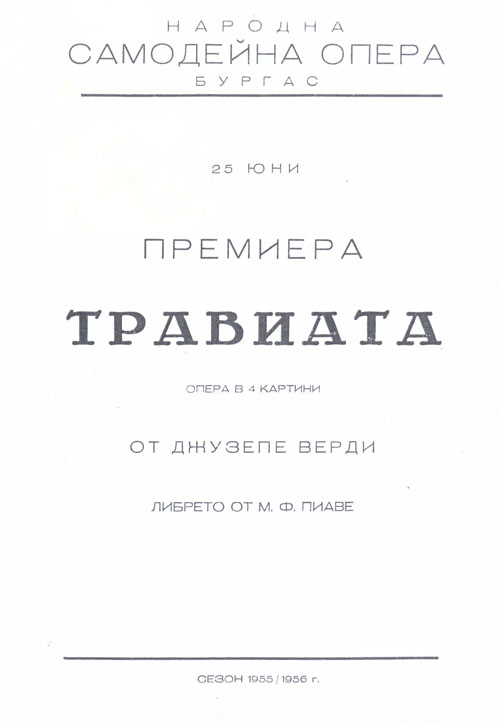 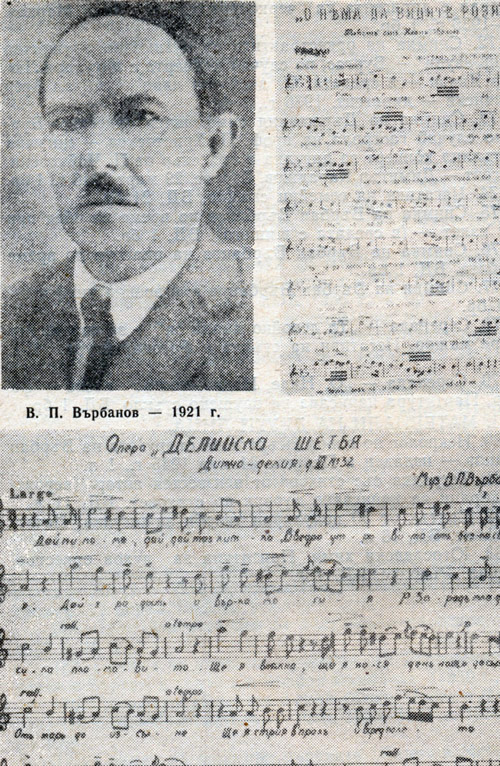 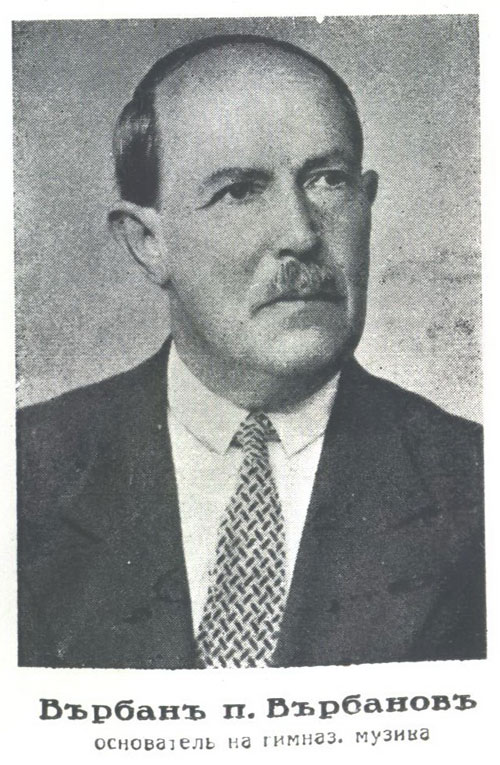