<module="photo" id="595" maxwidth="280" maxheight="400">
The Great Tit (Parus major) is one of the birds that occurs throughout the year and is widespread all over Bulgaria. Representatives of the species can travel on a different long distance. Good example for it was an adult male bird that was ringed on 31 March 1984 in Sofia and was caught on November 15, 1985 in Spain. It travelled the distance of 1515 km for 1 year and 255 days. The Great Tit is an easily recognizable bird thanks to its relatively bright colour. The upper side of the head, throat and neck are black with a bluish metallic sheen. The cheeks are white, the back is olive. Chest and abdomen are lemon-coloured with a black stripe down the middle, which by the males is broader and reaches the end of their abdomen, while by the females is narrower and shorter. By the juveniles, the longitudinal stripe is almost missing and their general colouring is lighter.

The Great Tit inhabits deciduous and mixed, rarely coniferous forests. It is also common in gardens and parks, in the plains and the mountains high. In winter, these birds move in small groups, often can be seen in the company of the Blue Tit. In winter the species come in the settlements and is not bothered by human presence. The birds would happily take advantage of the proposed human food and even return to the places where they are accustomed to get fed. This bird would never turn down a variety of raw nuts - such as walnuts, peanuts and others.
The Great Tit is one of the most resistant to cold winter birds. Often on sunny days at the end of the winter, it begins to sing and marks the approaching spring. The bird song can vary.

In the spring, summer and autumn the Great Tit is feeding mainly on insects, sometimes sweet fruits, seeds and buds, during the winter it favours oleaginous seeds and fat grubs. In years with high insect population, the Great Tit can bring up more than two generations a year, which results in lowering the number of insects. In many places in the parks people place nests and feeders that help the Great Tit to survive the winter months and are suitable nesting place for the spring time. The Great Tit uses holes in trees and sometimes even walls and rocks to build a nest. Its nest has the shape of a bowl made out of moss, grass stems, roots, lichens, and covered with wool, hair and feathers. Birds of this species often nests in birdhouses placed by humans. In urban areas the Great Tit can use for nesting broken lamps, gutters, pipes and other related bits of human creation. The female lays 6-13, mostly 8-10 white eggs with a dull, reddish, irregular spots over the entire surface. She lays them alone over the next 13-14 days. Both parents are entitled to take part in feeding the youngsters. After 16-22 days the chicks are fully covered with feathers.

This species is listed as [color=red]strictly protected[/color] by the Convention for the Conservation of European wild flora and fauna and natural habitats. 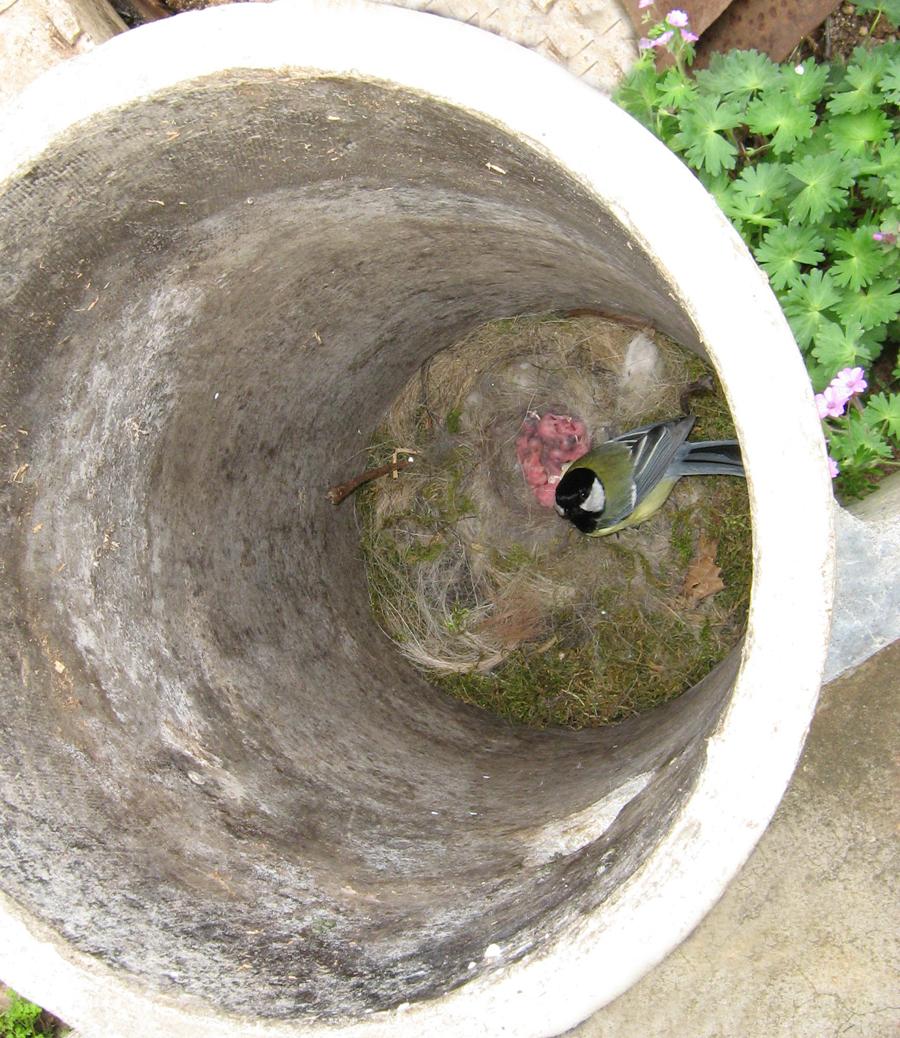 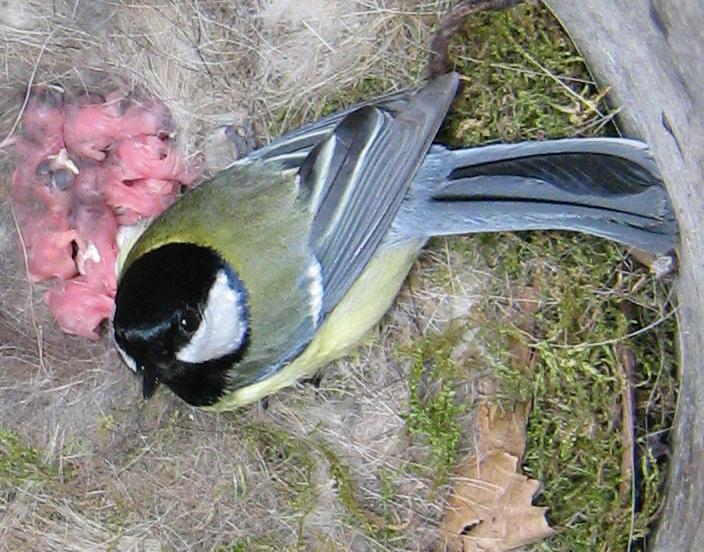 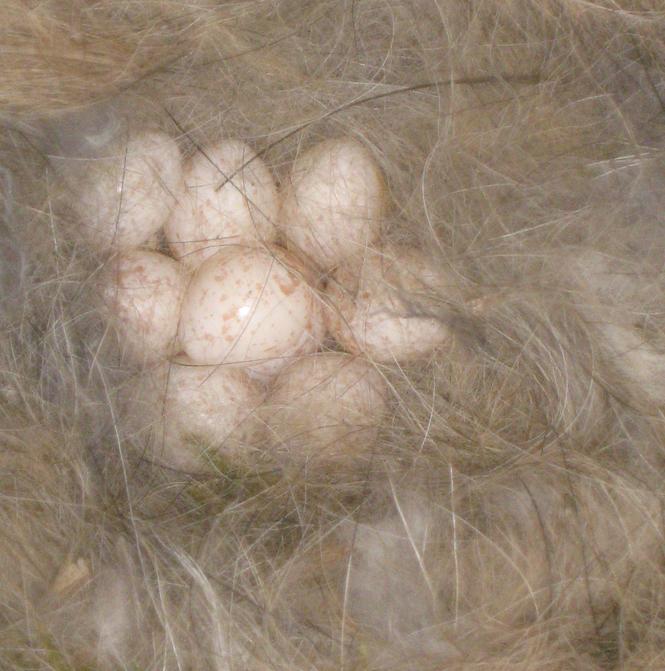 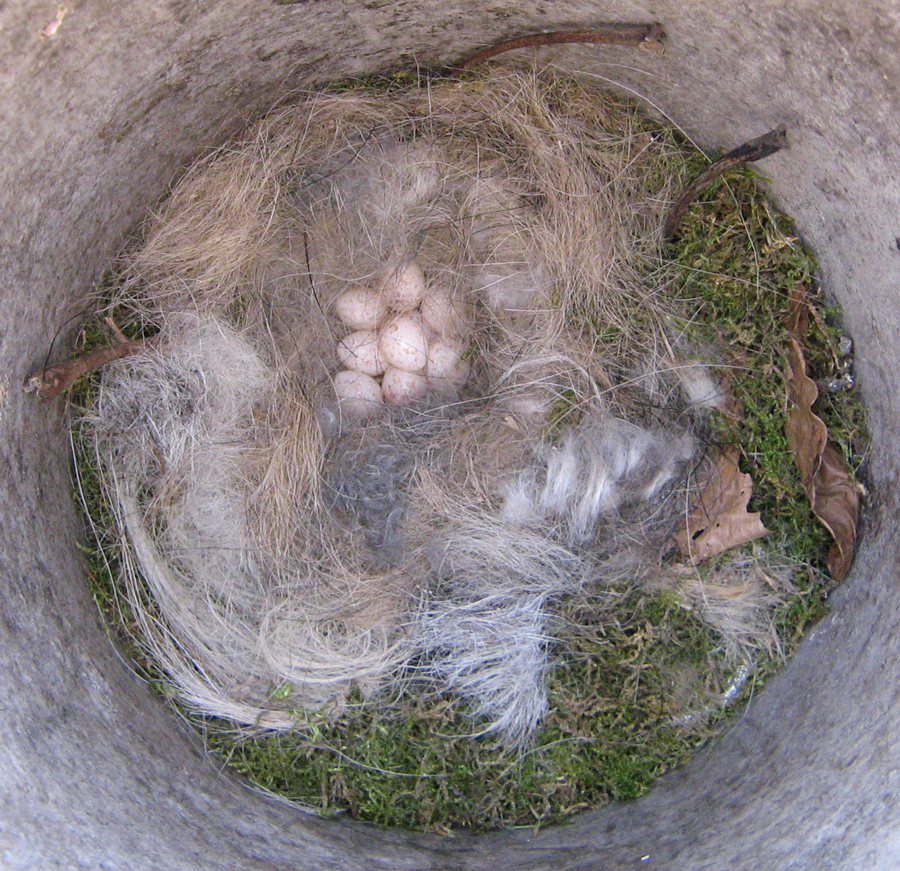 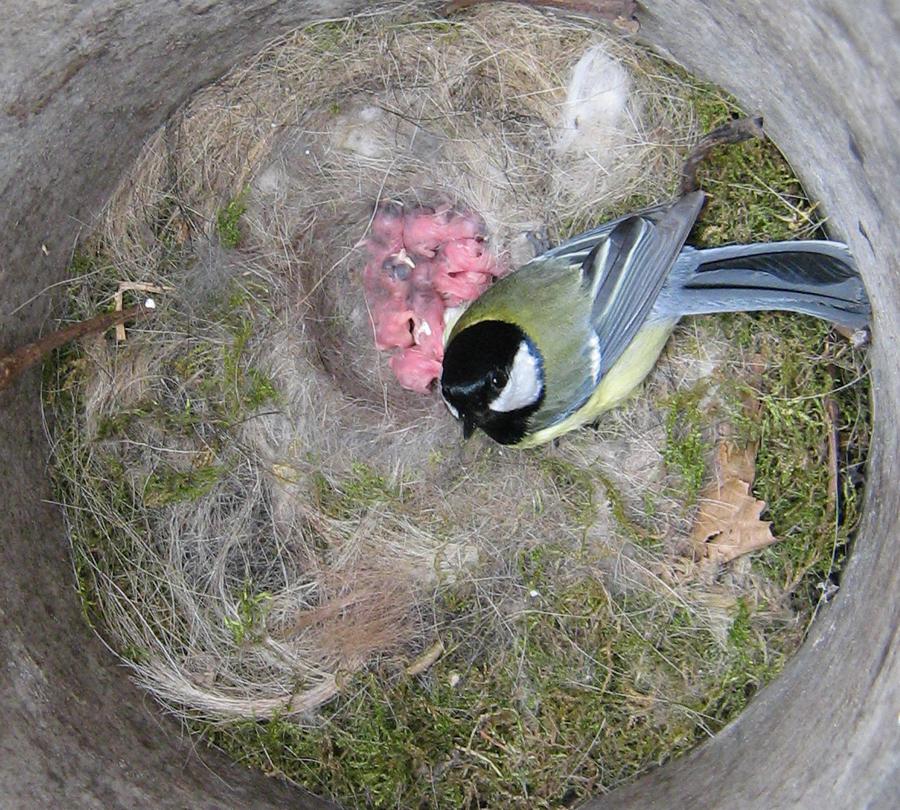 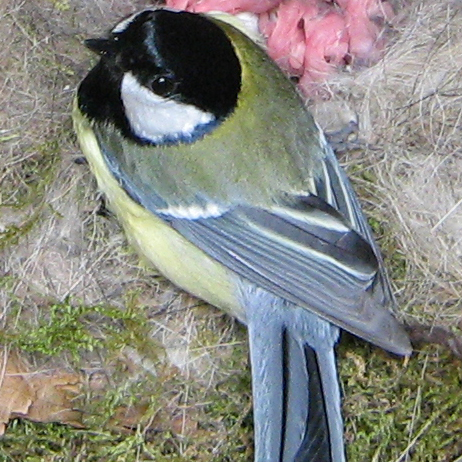