Deinotherium is an extinct genus of mammals - the only currently known representative of the Deinotheriidae family. The giant mammal is related both to modern elephants and to the missing mastodons - all of them refer to the Proboscidea order. The main difference between the Deinotherium and the other mammoths lies in the size and direction of their tusks. Unlike today's elephants, the tusk teeth are located on the lower jaw and are directed vertically downward. The other significant difference is the size of these mammals. So far, there have been known several species of herbivorous species inhabiting the plains and plateaus of Africa, Europe and Asia. The body length of the different species varies between 3.5-7 meters, the height reaches 3-5 meters and their weight may exceed 10,000 kg. The largest in size was the African Deinotherium, which reached a length of up to 7 m, a height of about 4.5 m and a weight of 12 000 - 14,000 kg. The European species was the smallest and its size was approximately the size of the Indian elephant today, ie. they were 2 times smaller than their African relatives.

Deinotherium originated from the Prodeinotherium, an animal that was a bit smaller and lived 18 to 10 million years ago in Africa. Deinotheriums lived in the late Miocene and early Pliocene. They disappeared at the end of the last ice age. Other extinct proboscideans, similar to the Deinotherium are Amebelodons, Stegolophodons, and many others. Probable cause for their extinction is climate change. 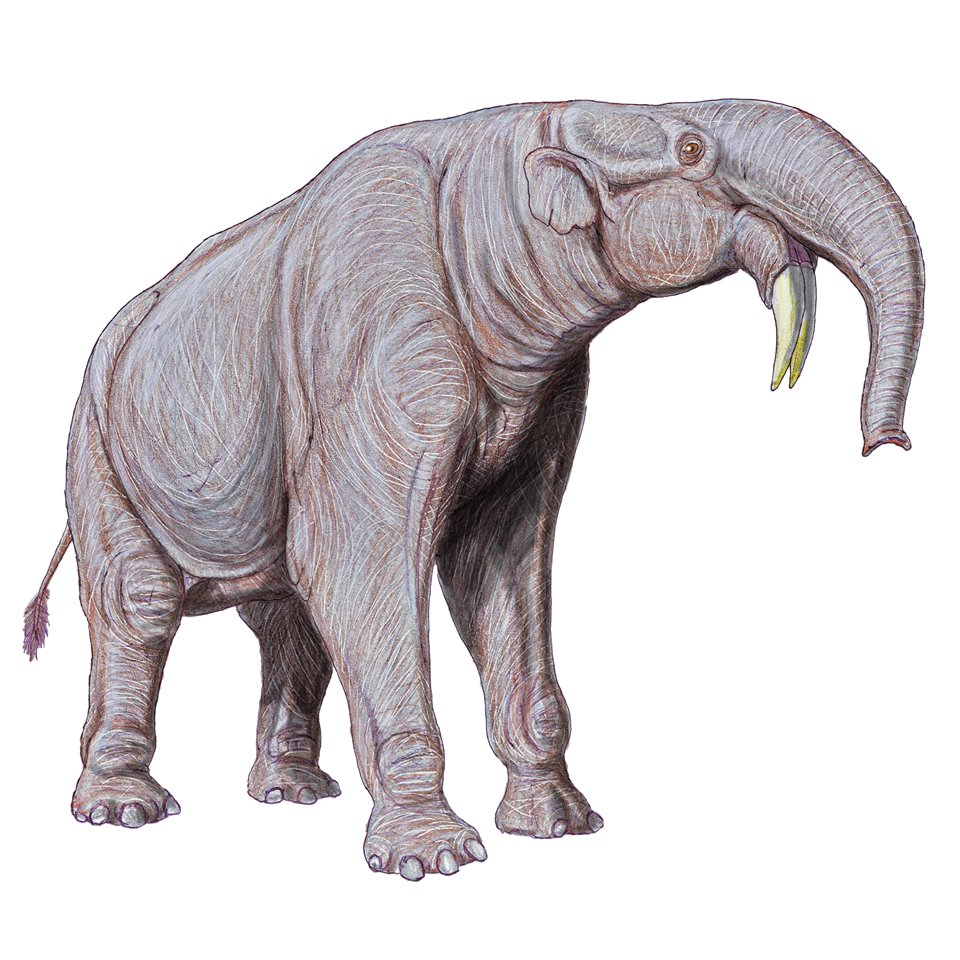