Braiding (bg: Gaitandzhiistvo) is the manufacture of braids (bg: gaitan) - knitted woollen cord used in the decoration of traditional coarse woollen clothes. In Bulgaria this craft accompanied tailoring (bg: terziistvo) and coarse woollen production (bg: abadzhiistvo). Originally braids are made by hand – the women spin wool and knit them. Later a spinning wheel is used, the production is mechanized and the braiders buy ready yarn. Braiding as a craft developed rapidly during the Bulgarian Renaissance, especially in the nineteenth century. After the Liberation, Bulgarian braids kept their high value on the Turkish market which continued until the First World War.
Braids are used to decorate the traditional costumes. From a practical means of strengthening the edges and seams of thick woollen clothes the braids became complicated artwork – a proof of the Bulgarian woman’ sense of beauty, her creativity and excellence in workmanship.
<module="photo" id="743" maxwidth="810" maxheight="800" watermark="/uploads/old/watermark.png">
Living cultural heritage: the master of braids and embroideries Mrs. Bonka Kancheva

With Mrs. Bonka Kancheva we met in the summer of 2011 regarding her preparation in Burgas Museum’ supporting program to the International Folklore Festival. Her exhibition "Fairy Braids" was arranged in the Ethnographic Museum and in the days of the festival she demonstrated her skills to visitors.
She creates decorative panels using a traditional braiding technique. On woollen fabrics, panama cloth or old aprons, woven by her mother, the craft-lady creates colourful shapes of twisted yarns and sews them, then adds beads and sequins. Suns, twigs, flowers, birds, mummers come alive in her artwork. This is her way to revive the Bulgarian tradition the old craft of braiding.
Bonka Kuncheva is from Yambol, where she worked as a kindergarten teacher. Later she moved to Atia.
Motifs and plots in her works Mrs. Kuncheva invented herself remembering the traditional costumes, which she has seen on the market and fairs in her home city Yambol. She does not plan her artworks in advance and prefers to create everything spontaneously.

"I want to keep alive and spread the art of embroidery, as I know it from my childhood .... When I wake up often imagine a variety of colours and say "with this one can be created a butterfly with this one a bird." Sometimes I pass along the road a fence with ornaments and immediately I think – this can turn into a beautiful decorative panel combined with my figures" said Bonka.

A lot of Bulgarians and foreigners have chosen to keep a piece of her artwork. Among them is the famous Bulgarian poet Valeri Petrov.
Her exhibitions have been displayed in the ethnographic complex "Etara" - Gabrovo, at the National Palace of Culture Sofia and craft exhibitions in Hungary, Slovakia, Turkey and Japan. 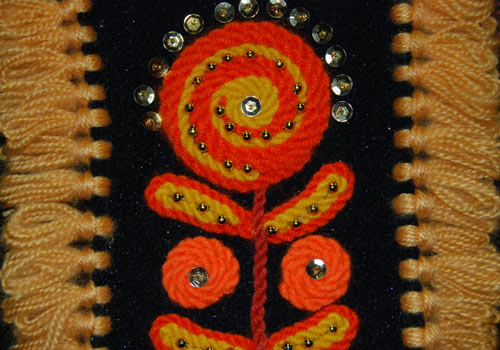 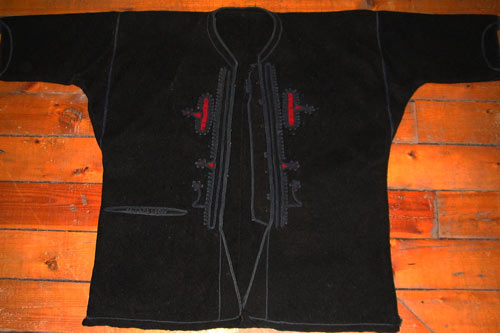 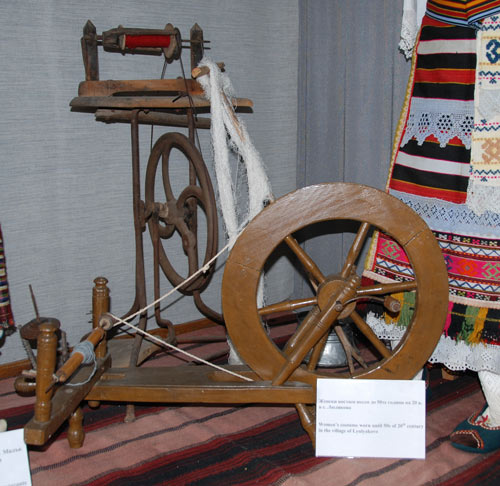 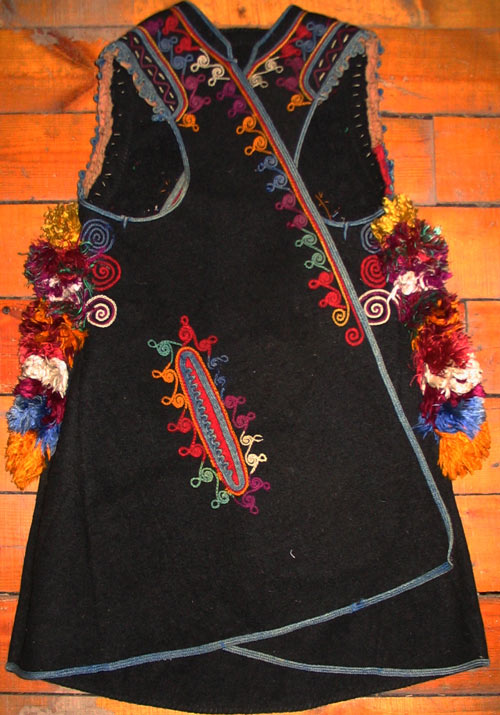