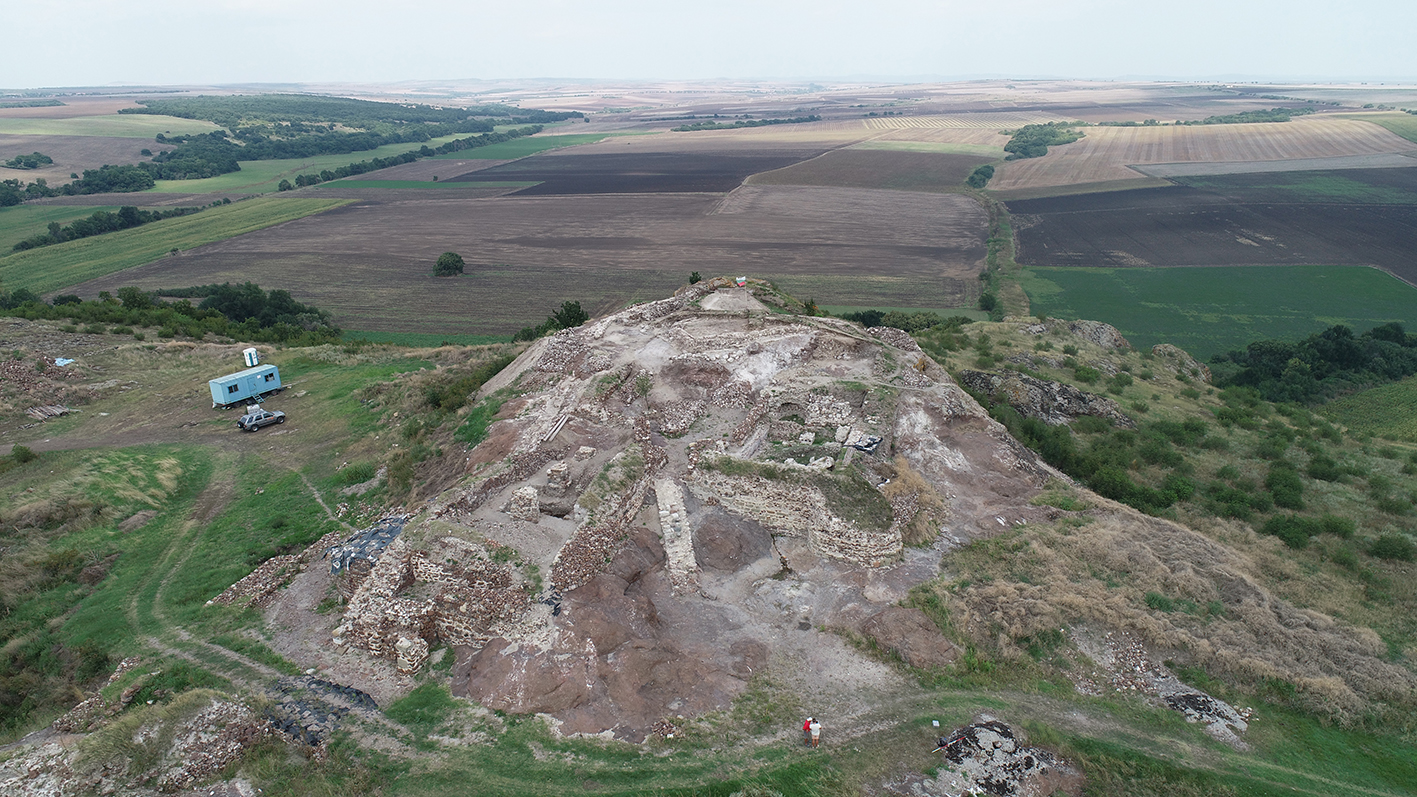 The analysis of the bone remains of animals found during the archeological excavations of the castle of the medieval town of Rusokastro has been completed. A total of 6036 bone remains were analyzed, of which 5724 were identified. The materials were processed by the archaeozoologist PhD. Georgi Ribarov.
Traditionally, among the hunted animals are bison, wild boar, fallow deer, red deer, roe deer. Many wild boars are huge - bone remains of 94.2 cm tall specimens were analyzed; 94.3 cm; 95.9 cm; 99.2 cm and even 101.3 cm!

Curious are the wild birds used for consumption by medieval people. Newly discovered are the bones of the Dalmatian Pelican, Sowing Goose, Summer Buzzard, Middle Snipe, Woodpecker and Field Crow. Field crow bones were also found during the excavations of Veliki Preslav. It is not yet clear whether the crows were used for food or hunted for their feathers - they are very beautiful, blue-black in color and may have been used for decoration.

Among domestic animals, the percentage of domestic pig bones is the highest. Followed by the percentage of bones of sheep and lambs, cattle, goats and buffaloes. One of the pigs was huge - its height was 98 cm - almost one meter.

Traditionally, there are many bones from horses, but also from cutters and mules. Bones were also found from a donkey at a young age, the meat of which was certainly consumed.
Numerous shells of marsh mussels, river mussels, two species of sea mussels were found. Among the fish caught are catfish, one of which weighed approx. 10 kg, Carp, caracuda, white fish. One of the white fish weighed approx. 5 kg.

Curious data are also given by the remains of poultry. Among them, in addition to ducks and geese, there are at least three species of chickens. One of them was large, and its closest representatives today are the Rhodeland and Plymouth breeds. There are also remains of slightly smaller specimens, whose closest "relatives" today are of the Leghorn breed. The last, third group, is composed of small hens.

The archeological excavations of the medieval town of Rusokastro are carried out by the Regional Historical Museum - Burgas and are funded by the Municipality of Kameno and the Ministry of Culture of the Republic of Bulgaria.